Greetings, fellow fangirls and fanboys! This week we have our first look of a movie I am very much looking forward to! Also, cool comicbook covers, more comicbook adaptations to TV, casting news and I saw The Hobbit again! But I digress, here’s how the week started:

Let’s start with some Outlander news, yep that the American series I am waiting the most for it to come back. Damn those mid-season breaks! What a horrid American idea! Anyway, here’s my dear Graham McTavish talking about his not-so-dear but very awesome character Dougal MacKenzie and how fab he feels in his Highlander duds~

The period, I think, is very interesting from a male point of view, the costuming, the way they look. All of us (the guys), when we were filming, wished that that’s how we dressed now, because it’s a fabulous way to walk around and you feel great in in those outfits.

In comicbook news, DC has an awesome set of variant covers (for March 2015) where the most iconic DC characters recreate very iconic movie posters! This is my favourite one (but it was a very close competition with the Aquaman/Free Willy one) 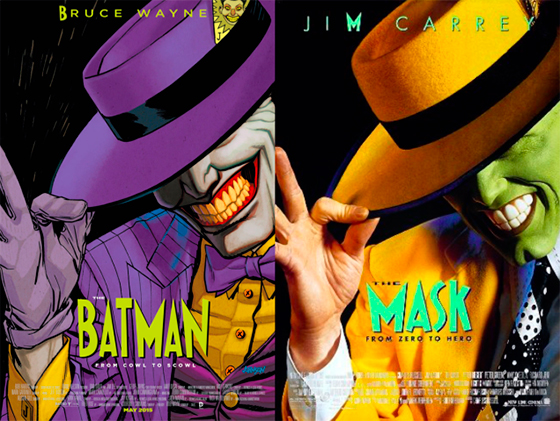 Oh he’ll be quite different. He has an interesting history. He’s a very competent man. He’s the sort of man I think anyone would like to be married to. He can sort of do everything: change light bulbs, blow up bridges if he has to.

More Sony Hack news of the Spider-Man kind! Jeff Robinov, head of Studio 8, compares Spidey movies to Bond ones, and their ideas for reboot for decent! I hope third time is the charm… or they just sell Spidey back to Marvel.

In the next Spider-Man movies, we can’t go back to his origin story. Think of the 25 films in the James Bond franchise; just because a new creative team comes aboard, and breathes new life into a classic property, doesn’t mean the origin story has to be retold.

Box office news! The Hobbit: The Battle Of The Five Armies is making bank in the international market! They got $117.6 million in 37 foreign markets! And I will keep contributing to that~

Paul Bettany talked a bit about The Vision and J.A.R.V.I.S. in Avengers: Age of Ultron. Guess the fan theory of J.A.R.V.I.S. somehow turning into The Vision is not exactly right. They are probably related tho! I am glad, I didn’t J.A.R.V.I.S. to dissapear!

It’s still a secret. I think all will be revealed very shortly. It’s a secret I’ve kept for about three years, which is really hard, especially with three kids. I’m contractually obliged not to talk about it. J.A.R.V.I.S. will be there and so will The Vision. But I simply can’t tell you any more.

Amy Adams talked about her Lois Lane in Batman v Superman: Dawn of Justice… and it seems she may have a scene with Wonder Woman and Aquaman?

Lois is still sort of like the key to the information, you know? She’s the girl going out and getting it and figuring it out and putting it together and all of that, so she’s very much involved, but I kind of leave the heavy lifting to the boys, you know? So to speak. […] They’re awesome together. It’s kind of like this big fest of muscles … it was really kind of nice. And then you add Jason Momoa and Gal Gadot and I felt very short and, yeah.

The Flash Season Zero #6 has a new picture of Grant Gustin as The Flash in the cover~ I still think is very unfair the dude won’t get to play The Flash in their cinematic universe. 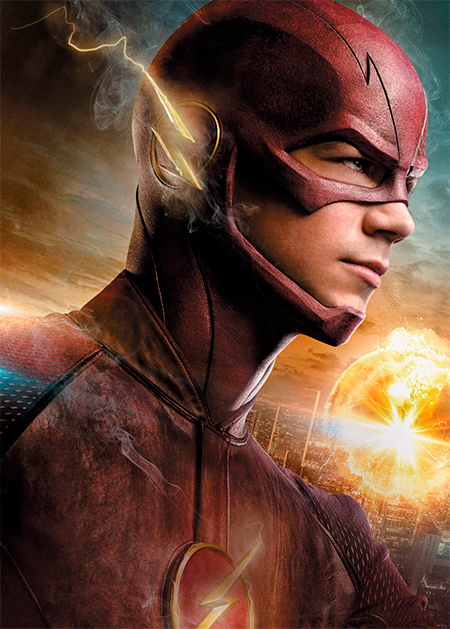 It seems Sony may do another Ghostbuster movie. You know, besides the female-led one directed by Paul Feig. According to some info revealed once more from the Sony Hack, Channing Tatum pitched an idea of a spin-off, and he wants to be in there with Chris Pratt. Sony people have been talking and maybe the Russo brothers could produce, and Feig could also direct this one. And it would be a super scary/super funny story. Guess they want a Ghostbuster franchise. We’ll see.