Here are the first two Suicide Squad covers for Empire: Cara Delevingne as Enchantress and Jared Leto as The Joker. Both seen on director David Ayer’s twitter! 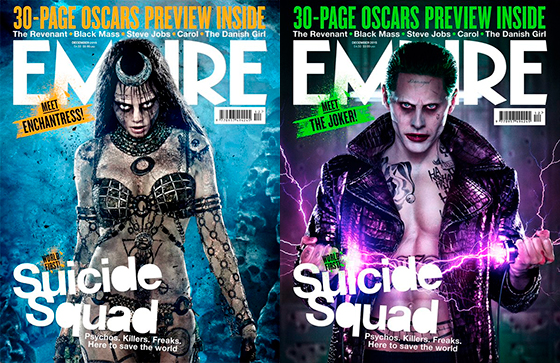 Supergirl got fall’s biggest premiere audience! It was also the second-highest-rated series on TV last night, after The Big Bang Theory. Good for her and here’s to hoping it keeps the good ratings!

Whishaw plays Danny – gregarious, hedonistic, romantic and adrift, who falls for the anti-social enigmatic and brilliant Alex (played by Holcroft). Just as the two of them realise that they’re perfect for each other, Alex is found dead. Danny, utterly ill-equipped to take on the complex and codified world of British espionage, must decide whether he’s prepared to fight for the truth.

The episodes are straight out of the writer’s imagination, not needing to be adapted from an existing body of stuff, where you have to say ‘I must include this and I must include that,’ which in a way is much easier but in another way, you’ve nothing to go on.

Don Bluth and Gary Goldman are back together for a Dragon’s Lair movie! For those unaware, Dragon’s Lair was a rather classic arcade game, which also got brief TV series in 1984. And frankly, the fans (and the creators) have been asking for a Dragon’s Lair movie for a long time. Now they can put their money where their mouth is. Yup, Kickstarter, baby! The film will be a prequel to the game, following the story of Dirk the Daring knight. 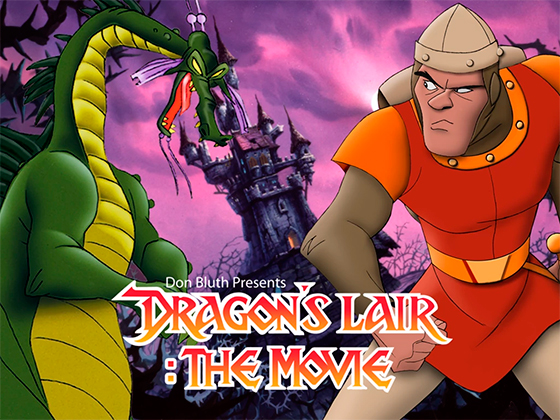 We got two other Suicide Squad covers for Empire: this time of Margot Robbie as Harley Quinn, and Will Smith as Deadshot! 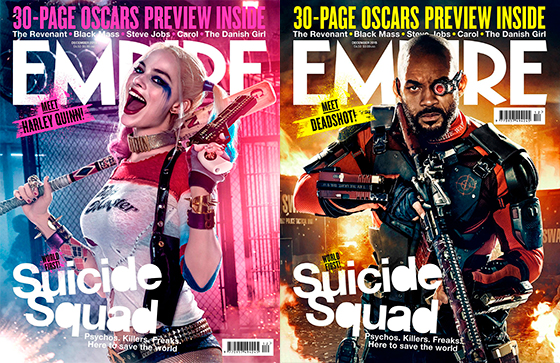 I don’t really know that much about it, but I think it’s going to be a buddy picture with Thor and Bruce Banner. I think they’ll probably fight. There’s no doubt, everyone wants us to fight at one point.”

Stan Lee Global Entertainment has regaled us with their first Chinese female superhero lead in the new film, Realm! The Chinese actress chosen is Li Bingbing, from Resident Evil: Retribution and Transformers: Age of Extinction. Girl is also one of the producers! The plot is still a secret, but I do hope Stan Lee gets to turn this new hero into something iconic!

It hadn’t even aired by then, but Ash Vs. Evil Dead got a Season 2 renewal! The new season is expected to air in late 2016. This is what Starz managing director Carmi Zlotnik had to say about it!

One season isn’t enough to satisfy the fans’ two-decade-long appetite for more Ash. The early fan and press support, along with the international broadcaster demand for more story, have made it clear that the adventures of Ash Williams can’t end with Season 1.

Well damn, Harry Potter London play’s first 3 months of tickets sell out in an hour! Bet those scalpers are already out! But hey, if you could get any from 7th June to 18th September 2016, there’s a second booking period, covering performances from 21st September 2016 up until 8th January 2017!