Greetings, fellow fangirls and fanboys! The Star Wars news calmed down a bit, instead another movie is doing the rounds with pretty images. Besides that we have our usual geeky news about film, TV, books and even theather! Here’s how the week started:

Let’s start the week with sucky Guillermo del Toro news. Remember how he was going to do a live-action Monster adaptation in HBO? Yeah, not anymore. As of right now he’s currently pitching his planned adaptation of Naoki Urasawa’s suspense manga to other companies. Glad to know that the project isn’t entirely dead I guess… Dammit, why won’t people give Guillermo del Toro a chance?!

Horror Experts (writers, directors, authors, actors, critics, bloggers and scholars!) and Math (tabulated results!) have created a new list of Top 100 Scariest Movies Of All Time. There’s also interesting info about the experts’ individual top 10 lists, interviews and appreciation of certain movies from these experts, and the methodology. Needs more Asian movies in my opinion. I am also happy to say I’ve seen most of them so yay! So, scariest movie ever accoring to experts and math? 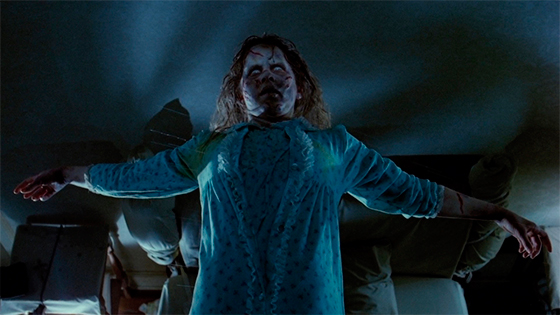 Johnny Depp and Edgar Wright want to do a film adaptation of Neil Gaiman’s Fortunately, the Milk. Not sure if want. I do want more Neil Gaiman on the big screen, but both Depp and Wright have been hit-ot-miss lately. Well, at least we are getting a TV adaptation of American Gods by Bryan Fuller! Fortunately, the Milk, which has cool illustrations by Skottie Young, is told from the point of a view of a young boy and his sister, who listen as their father recounts the over-the-top story (that includes aliens, pirates, piranhas and time travel) of what happened when he stepped out briefly to purchase some milk.

In Box Office news, The Martian was first place again after losing the top to Goosebumps. But mostly because the newcomers flopped, and flopped hard! The Last Witch Hunter got $10.8M, lower than the early prediction in the $15-to-$19M range. Paranormal Activity: The Ghost Dimension also missed its $9-to-$10M target, earning just $8.2M. But what was truly outrageous was Jem And The Holograms live-action movie didn’t even crack the top ten. It grossed $1.3M, and became the worst opening ever for a major studio release. At least in only cost $5M to produce. Silver linings y’all!

Seems Hiddles is going to be working in Australia for a while! Kong: Skull Island will film in Australia, with pre production beginning soon and lensing taking place in early 2016. The production will also take in two other international locations, not revealed, Palaszczuk said. On the other hand, we have Thor: Ragnarok, which will begin filming in June 2016 in Queensland. Chris Hemsworth must be happy to show his buddies his home country!

One reason to watch Gotham is of course the X-Files revival promos! And this week is all about the new creepy shit we shall watch!

By the time, this column is posted, the South Park episode “Tweek x Craig” would have premiere. But still, I must write down that they asked for fans for their best Tweek x Craig “yaoi” to Comedy Central. Yep, the fanarts featured on the episode were real.

Doctor Who‘s K9 (that cute robot dog, if you are wondering) is getting his own feature film. The movie, titled K9: Timequake, sees K9 going up against Omega, the mad Time Lord. And we shall see the film in 2017.

Empire magazine has a Suicide Squad special on its new issue, where director David Ayer talked about the movie. Including the part were the movie ressembles the 2014 animated film Batman: Assault on Arkham, as in there could be a love triangle between Harley Quinn, Deadshot and The Joker. Eh, I just hope Robbie and Smith’s chemistry is better than the one seen in Focus! Also, Harley will ressemble her New 52 counterpart in “becoming this fully actualised, independent person” and stop being The Joker’s doormat.

You know how Star Wars: The Force Awakens has an awesome trailer, and the original Star Wars trilogy had quite frankly crappy ones? Well, one fan decided to use the music and style of the new Star Wars movie on the old ones. And the result is kinda awesome: