The T. rex that’s in the film is the T. rex from the original Jurassic Park. She is 22 years older. But she’s not limping around. […] I mean, we took the original design and obviously, technology has changed. So, it’s going to move a little bit differently, but it’ll move differently because it’s older. And we’re giving her some scars and we’re tightening her skin. So, she has that feeling of, like, an older Burt Lancaster. And this movie is her Unforgiven.

We are totally getting a sequel to Kingsman: The Secret Service, yo! Now, we need the part where Colin Firth’s character is alive and kicking and is the new Arthur or something. Pretty please! We don’t know if Matthew Vaughn will direct again, but I hope he does! Dude needs to stick to a franchise for once! I know dude is busy, but please!

Ryan Phillippe, who I have not heard in ages, may join one of Marvel’s Netflix shows. Dude is meeting with Marvel, and if he gets an important part, it could be Iron Fist, if dude knows his martial arts. Sure, dude is getting on years, but for now remains relatively youthful. We’ll see.

And talking about Marvel’s Neflix shows, Daredevil is currently the most popular show in Netflix, yo! Others hows that are doing fine are House of Cards (on its third season) and Unbreakable Kimmy Schmidt.

Well, this is interesting. Pixar is developing a superhero short about Hinduism and being Indian American. Sanjay’s Super Team is based on Pixar artist Sanjay Patel’s personal experiences and will arrive in theaters in November 25 with The Good Dinosaur.

The seven-minute short begins with young Sanjay watching cartoons and eating cereal in a bland, beige room as his father jingles a bell, beckoning him to join in meditation. Reluctant and bored by the ceremony, Sanjay begins daydreaming a kind of ancient, Hindu version of The Avengers, with the gods appearing like superheroes. As the daydream progresses, the color, light and animation of the film grows increasingly dazzling and cosmic, and Sanjay grows closer to understanding his father’s inner world. 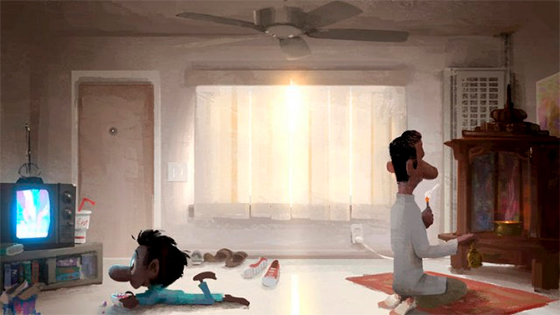 So yeah, Hiddles did have a small part (almost a cameo) in Avengers: Age of Ultron, but the scene had to be cut from the movie. Here Joss Whedon explains why:

We did shoot something, but it didn’t play. The movie has so much. It’s so filled. We didn’t want it to feel overstuffed. I really wanted to have Loki in it, but I understood the decision that there were now too many voices in the chorus. At some point the embarrassment of riches is actually embarrassing.

I better see the scene in the DVD/Blu-ray tho!

It’s time for first look! First at an adorable Jubilee played by Lana Condor in X-Men: Apocalypse (plus bonus Sophie Turner as Jean Grey). Then, a look at Will Smith as Deadshot in Suicide Squad, where he doesn’t look Deadshot-y; but then again maybe he’s going incognito or he’s a pimp by day and assassin by night~ 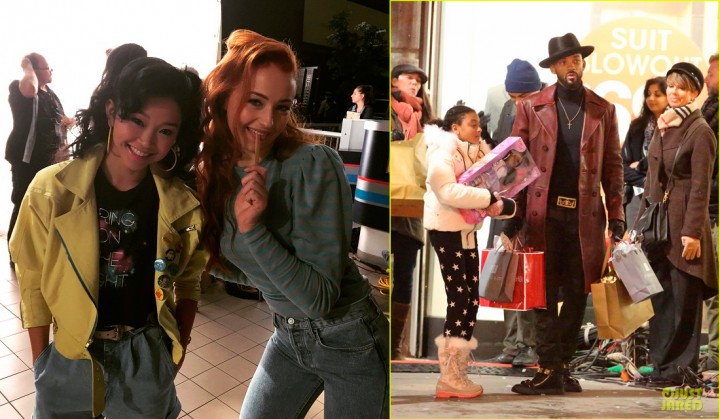 You know that thing about gloves? They usually come in pairs. And what’s a gauntlet but a metal glove? Still, what a cop out for the Avengers! Anyway, according to Kevin Feige:

There are two different gloves. That was not Odin’s vault that you see at the end.

Dude also talked about how Thor is gonna play Space Sherlock and investigate about the Infinity Stones themselves, and how we’ve had just two left to meet:

Yeah, basically there are two we haven’t introduced yet, but the others are more or less accounted for.

Box Office News! Yes, we will start and finish with Avengers: Age of Ultron‘s box office. And it was good! It had an awesome Thursday night debut, and passed the $300M worldwide!

And that’s it for the week. Before I go, I want to wish Happy Birthday to Jet Li, Channing Tatum, Jenna Coleman, Uma Thurman, Sam Heughan and Wes Anderson. 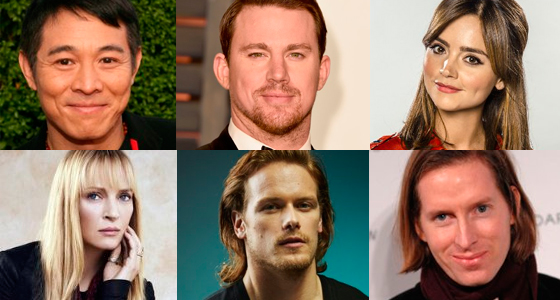