The Fangirly Diary of a Geek Girl: Cancelling the Apocalypse again~

Greetings, my fellow geeks! This week is chokeful of cool pictures and I’ll try to put in here as much as I can! That said, the best news come from Guillermo del Toro! Here’s how the week started:

Let’s start with Guardians of the Galaxy related stuff! First, in things I wish I had in my bedroom, here are some cool wall decals of all Guardians plus baddie Ronan the Accuser! And there was some artwork at Licensing Expo that shows that we might have a Guardians of the Galaxy cartoon? Or are they guest stars in either Avengers Assemble or Ultimate Spider-Man? Plus, there’s Wolverine. New cartoon? We will see! 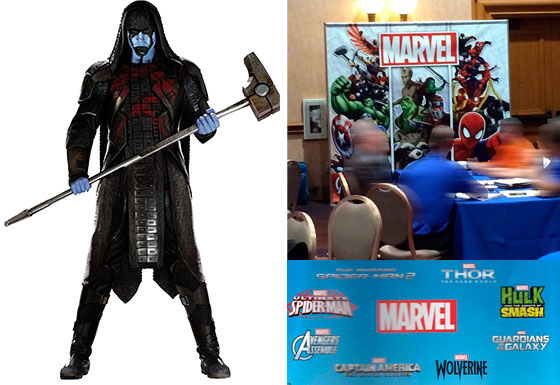 Still in space side of things, Dean Devlin, co-writer of the original Stargate movie, talks about the reboot and franchise possiblity~

Of all the projects I’ve ever done, Stargate is the only one from the beginning intended to be a trilogy. We always wanted to do parts two and three, but the thinking was they didn’t want to do anything other than the TV series. So literally for 20 years I’ve been chasing this project. Twenty years later, we can’t really do part two. We have to start over from the beginning. So let’s reboot the series, put in all the things we couldn’t the first time, and set it up properly.

In Box Office news, Maleficent passed the $500 million mark at the worldwide box office, and thus it has become Angelina Jolie’s highest-grossing live-action film of all time!

Here are some pics from the Only Lovers Left Alive extras that come in the DVD/Blu-ray~ Man, I wouldn’t mind having my wall full of wedding pictures of Tom Hiddleston and Tilda Swinton~ 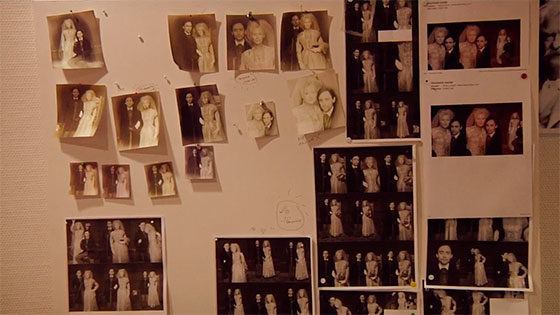 Yay! The Empire covers for Guardians of the Galaxy are so effing awesome! Specially that Collector’s Cover with all those sexy/scary villains! 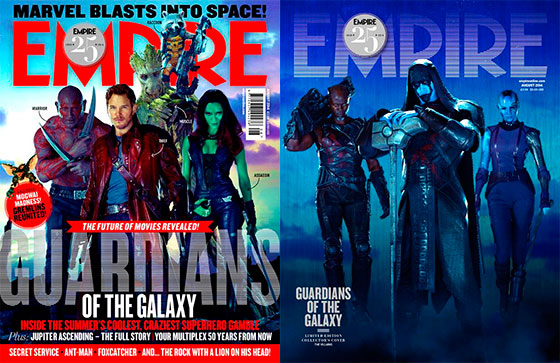 On Comic-Con rumors, it seems we could get a trailer for Avengers: Age of Ultron, as well as some footage from Batman v Superman: Dawn of Justice! Nothing confirmed, but though hope is frail it’s hard to kill!

Another rumor, not Comic-Con related, states that Tom Cruise might have a cameo in Star Wars: Episode VII. Apparently, he has had meetings with J.J. Abrams and other Star Wars people.

Here are a couple of new pics from The Imitation Game and another one in honor of the anniversary of Alan Turing’s birthday. Those lucky enough to have seen the test screenings are totally raving about Benedict Cumberbatch’s acting and they already say that his Turing is his “strongest performances to date”. I hope this means more awards in his future! 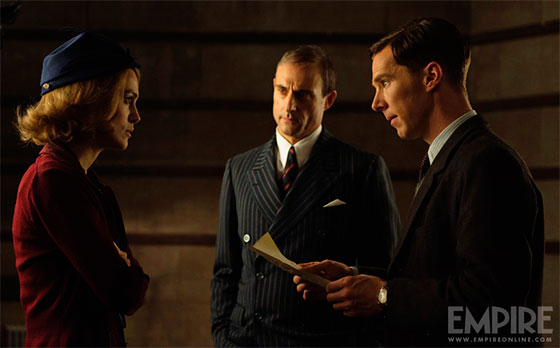