The Fangirly Diary of a Geek Girl: Brits in Jags!

Greetings, my fellow geeks! Many news on Marvel’s front. But most curious for me, Hiddles and Benny Batch have been driving Jaguars and looking great on them, those bastards. Anyway, here’s how the week started:

You know how Warner and J.K.Rowling were going to make a movie about Fantastic Beast and Where to Find Them? Now “three megamovies are planned”. Rowling talked about how Warner CEO Kevin Tsujihara made it possible~

When I say [Tsujihara] made Fantastic Beasts happen, it isn’t P.R.-speak but the literal truth. We had one dinner, a follow-up telephone call, and then I got out the rough draft that I’d thought was going to be an interesting bit of memorabilia for my kids and started rewriting!

Peter Jackson prepares to say farewell Middle-Earth again because there won’t be pick-ups for the last movie of The Hobbit trilogy. What? No pick-ups! B-but there have always been pick-ups! I know The Hobbit movies won’t ever be as iconic as LOTR movies were but I still love them and saying farewell to Middle-Earth again will hurt. I expect I will cry when I watch The Hobbit: There and Back Again. Anyway, here’s what the King Under The Mountain Richard Armitage had to say about Peter’s Middle-Earth feels~

We are done with filming and they have a bit of motion capture left to do and I have a lot of post-production voice-synching. […] I think there is going to be a huge amount of sorrow and nostalgia going on in Peter Jackson’s mind because he has lived in Middle-earth for what, 13 years.

Here’s an interview with Scarlett Johansson and Chris Evans about Captain America: The Winter Soldier, where they talk about the chemistry between their characters. But most importantly Scarlett waxed poetic on badass Black Widow~

This character, because she’s this kind of reluctant superhero, because she doesn’t have superpowers, because she does have this really rich back story that doesn’t just involve putting on a suit and turning into something else, she’s earned her scars. There’s something to explore there. We see in this Marvel universe that these movies are kind of audience-driven, so if the people want it … I’m going to have to paint that suit back on. 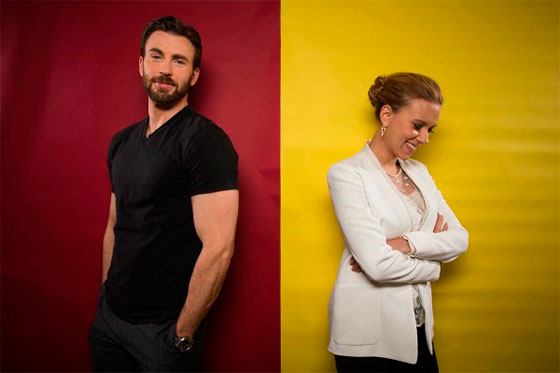 The Walking Dead totally unnecesary spin-off will definitely be a thing and will premiere before 2015. But eh, can’t complain. More zombies! I kinda want them to follow the story of the videogame though. If not, then focus on the cities.

Let’s start with my fav British man! First, Hiddles being a cry-baby, I mean sensitive man, about the lovely poem Love After Love by Derek Walcott. Yep, The Sunday Times wanted to know about poems that make men cry~

I read it to my dearest friends after dinner once, and to my family at Christmas, and they started crying, which always, unfailingly, makes me cry.

Here’s a stunt double doing stunts on a moving truckin the new Captain America costume for The Avengers: Age of Ultron~ 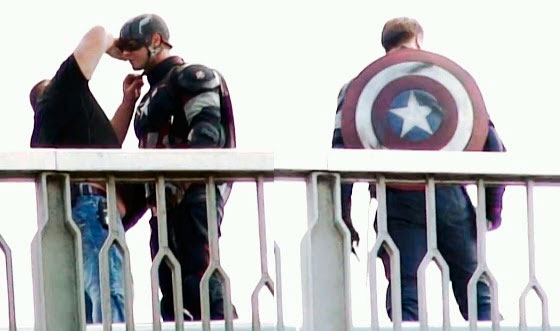 Talking about Cap, the movie Captain America: The Winter Soldier had a great international box office on its opening weekend! It reached $75.2 millions.

On more box office news, Frozen has become the number 1 animated film of all time! It got a total $1.072 billion which surpassed the $1.063 billion earned by Toy Story 3, and it’s very close to surpasse The Dark Knight Rises, which got $1.084 billion worldwide. Yep, right now Frozen is at the number 10 spot on the list of the biggest global blockbusters. Get money, girls!

Here’s a cute poster of Caesar and a baby chimp for Dawn of the Planet of the Apes! 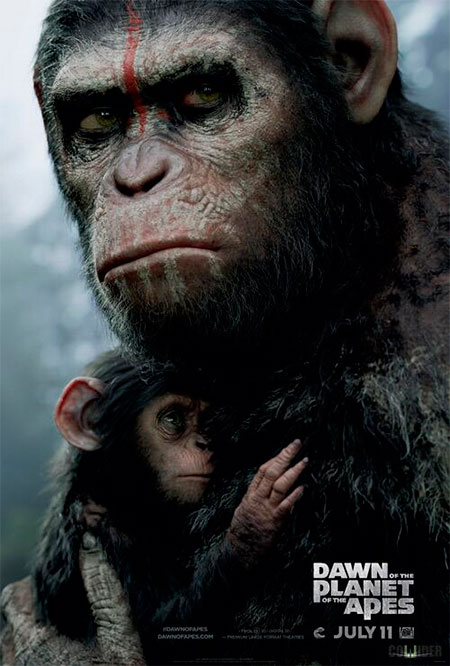