Bruce Campbell is back as Ash in the first Ash vs. Evil Dead photo, courtesy of Entertainment Weekly. Campbell also has some words to say about this new TV show~ 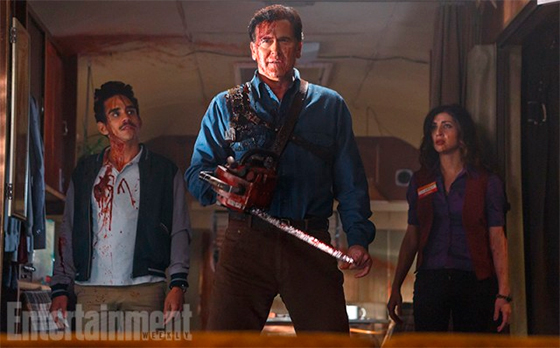 It’s The Searchers with carnage and mayhem. I’m relegated a little bit into the John Wayne mode these days with my team—the young, virile, evil fighters who will pair up with Ash and take on this nemesis: this never ending, ever evolving nemesis.

James Gunn has claimed on Facebook that Ant-Man may be his favourite Marvel movie since Iron Man, of course Guardians of the Galaxy excluded because that’s his baby. Also, Edgar Wright’s “spirit is felt through the entire project”.

Honestly, the movie is a complete blast! I was so happy after seeing it. It’s never boring for a second and it’s hilarious and warm throughout. It doesn’t get caught up in the webbing of its own science-fiction concept like so many movies do these days, remaining simple and elegant. It’s a part of the Marvel universe without being ruled by that fact.

Entertainment Weekly not only regaled us with lots of preview and images this week, it also gave us exclusive pictures and a cover to Batman v Superman: Dawn of Justice. Also, Ben Affleck compares Batman to Hamlet because why not, also Bats isn’t in the best place mentally~ 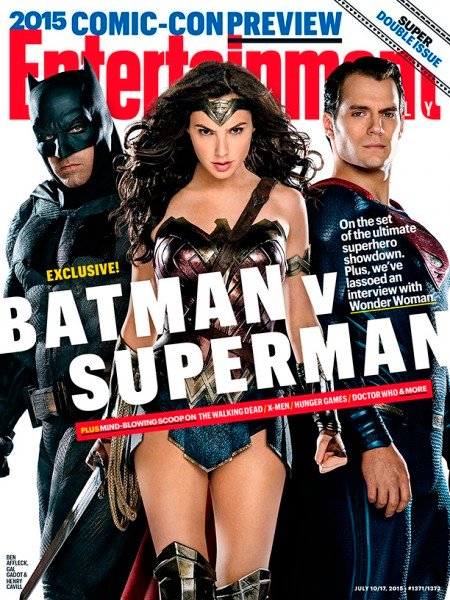 He’s on the verge of being swallowed up by the anger and the rage that we see haunt this character in the other manifestations of it. But this guy is further down the line and has become more embittered and cynical.

In future Box Office news, Ant-Man is tracking to open as high as $65 million in the US Box Office. Quite the positive thinking! That means Ant-Man could debut as strong as the first Captain America and Thor films, both of which debuted in the $65 million range.

He’s throwing himself into life with a newfound hunger for adventure. He’s in pursuit of joy and grabbing every thrill that he can along the way. But I sense him running from something, that even he does not yet understand.

Sad news today, Ava DuVernay passed on the opportunity to direct Marvel’s Black Panther. I just hope Marvel doesn’t give up in finding a director of color. The reason? They “couldn’t see eye to eye”.

I’m not signing on to direct Black Panther. I think I’ll just say we had different ideas about what the story would be. Marvel has a certain way of doing things and I think they’re fantastic and a lot of people love what they do. I loved that they reached out to me. […] In the end, it comes down to story and perspective. And we just didn’t see eye to eye. Better for me to realize that now than cite creative differences later.

Check out this first look at Outlander Season 2! Claire and Jamie both look great! So how are we finding our alfa couple in Season 2? 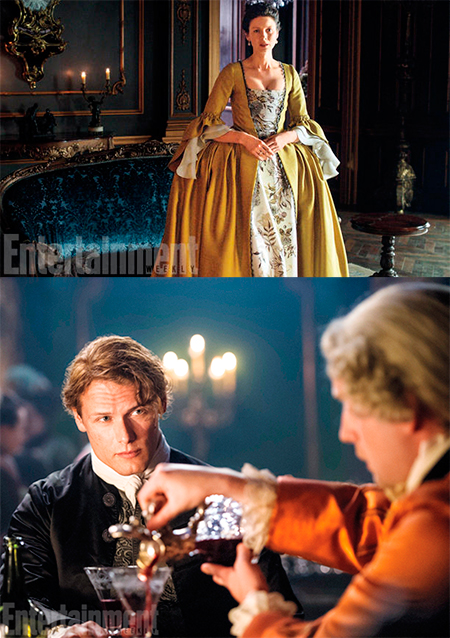 […] The story of Jamie and Claire in the 18th century pretty much starts with their arrival in France. The big story point picks up from where we left season 1, which is Claire and Jamie deciding to attempt to change history by stopping the Jacobite rebellion and changing history so as to prevent the slaughter on Culloden Moor and the destruction of the Highland culture after it. That’s the major plot going into the season.

Entertainment Weekly also had a Crimson Peak exclusive, and Guillermo del Toro talked about the film and how marriage sucks… if you don’t really know the person you marry:

[Usually] the marriage is sort of the climax or the high point of a story. I tried on Crimson to say that the horror starts after the marriage. This girl wakes up in a strange place, not her own home, not her own bed, and she little by little realizes that she knows less about the man she married than one would expect. The curious thing is the love story really starts when they acknowledge that darkness.

Bryan Singer also talked about Entertainment Weekly about his most recent movie, X-Men: Apocalypse, which apparently is the “the true birth of the X-Men”:

This is kind of a conclusion of six X-Men films, yet a potential rebirth of younger, newer characters. […] This is the true birth of the X-Men. This is how it happens.

Finally, Zack Snyder and Ben Affleck talked about how DC’s movies differ to Marvel’s. In kind of an assholish way that doesn’t take into account some of the valid criticising about Man of Steel (like Superman not even trying to save civilians, beside that Lois Lane and that one family). I mean Snyder, of course. Affleck was A-OK~

One of the things I liked was Zack’s idea of showing accountability and the consequences of violence and seeing that there are real people in those buildings. And in fact, one of those buildings was Bruce Wayne’s building so he knew people who died in that Black Zero event.

–
And that’s it for the week. Before I go, I want to wish Happy Birthday to J.J. Abrams, Matthew Lewis, Mel Brooks, Kathy Bates, Vincent D’Onofrio, Liv Tyler, Margot Robbie and Tom Cruise. 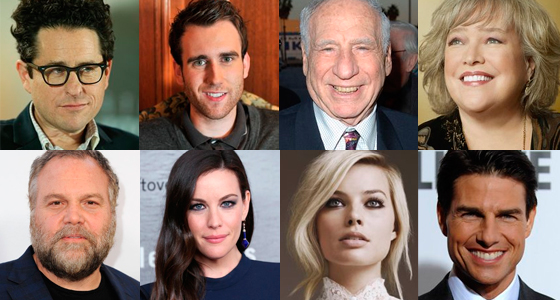