There’s been some info about Marvel’s “All-New, All-Different” universe, but now the preview solicitations have gone out to comics retailers for 45 new titles, and of course it’s now on the Internet! Here’s a link to all tiles and their respective covers. There’s a decent quantity of female and minority superheroes, even minority female superheroes! Here are a couple who caught my eye because pregnant Spider-Woman, and artist remembering Scarlet Witch’s Roma origins~ 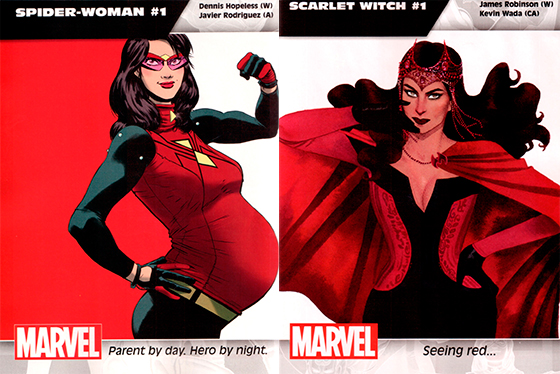 Kevin Feige said characters from Marvel’s TV shows could appear in Marvel’s movies. Yay for an integrated universe! Unlike DC~

We literally just crossed the halfway mark of Civil War last week, it’s day 42 or 43 of 80. We start filming Doctor Strange in London in November. We start shooting Guardians of the Galaxy Volume 2 in February-March [2016]. We start filming Thor: Ragnarok and Spider-Man around the same time, around June of next year.

Sadly, what Kevin Feige ain’t giving a definite date is when we will see a LGBTQ character in the Marvel Universe. I mean sure “within the next decade”. I guess I will still be alive to watch it~

The cast and crew of Ant-Man had a Q&A on Tumblr… it was what you would expect from a Tumblr Q&A, with lots of GIFs, cringe-worthy questions, and some cute interactions, anecdotes and smartassery~

So yep, the original Mighty Morphin Power Rangers are back to comics via BOOM! Studios! Here’s a preview of the six double-sided, one-page comicbooks that will be shown in SDCC. Each comic will focus on one Power Ranger and they are designed to be read as individual parts or can be stitched together to form one full story. 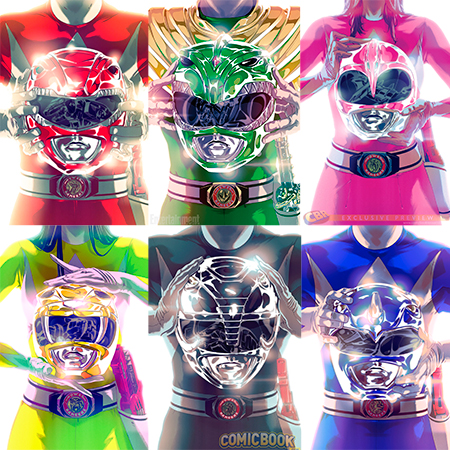 Joseph Gordon-Levitt gave his reasons why he thinks Sandman would work better as a movie than a TV show. I am not sure I agree.

I think a big screen adaptation is a better idea and here’s why. If you did the episodic version, I think it could very well end up as a not-as-good-version of what is already brilliant in the comics. But by reworking the material into a big movie, Gaiman’s brilliant characters and ideas get to take shape in a way they never have before.

TV Guide has Arrow, Gotham, Supergirl, and The Flash SDCC themed covers! This made me kinda sad for Constantine though! Here are the covers of two I am most interesting in: shiny new Supergirl and dumb lovely Gotham~ 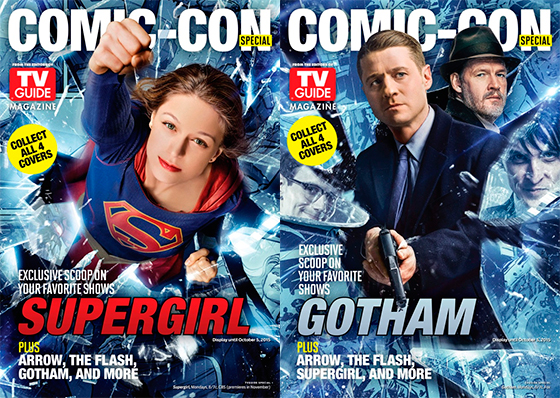 Creepypastas on your TV! And it will come from, you guessed it, Syfy! Yep, they want in on the horror anthology game! The series will be called Channel Zero, and will center on a single creepypasta per season. The first one? Candle Cove, one of the first and creppiest creepypasta I’ve ever read~ I just hope all the author’s of the creepypastas they end up using are properly identified and compensated.

Now we have Fifth Element Funko Pop figures! And it has all of our favourites… wait. Where the hell is Ruby Rhod! Oh well, at least we still have Diva Plavalaguna! 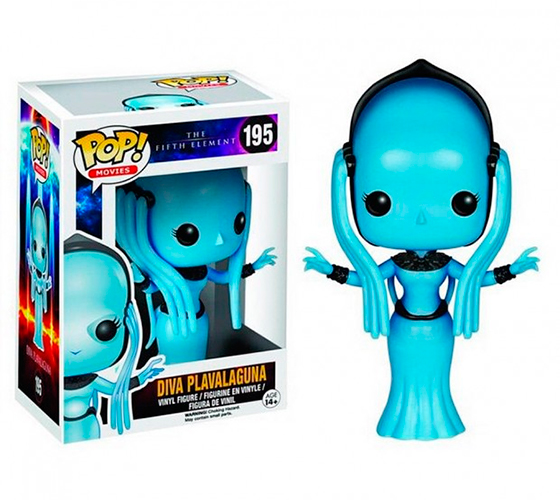