The Fangirly Diary of a Geek Girl: Be prepared!

Greetings, fellow fangirls and fanboys! This week we have news for another Disney animated movie live-action adaptation… although we are still doubtful about using that term. Also, we must get ready to say good-bye to some series, and hello to others. That, and there were lots of Doctor Strange stuff! Here’s how the week started!

Sam Neill confirmed he will be in Thor: Ragnarok. Damn, we were just a Laura Dern away from a Jurassic Park reunion! It’s a small role, apparently, but he can’t talk about it. You know, because of the Marvel snipers~

Oddly enough, I’m not really allowed to say this, and I can’t tell you what it is… I did a couple of days on Thor, just before I came over here. I had to sign all sorts of things that say if I say anything else, Marvel’s secret agents -and they are lethal, will come and get me, and probably my children as well.

Here’s The Flash‘s season 3 trailer, where the titular character teams up with Kid Flash! Don’t call him that tho! Also, regular Flash has a tough choice to make! The new season premieres on October 4.

In box office news: The Magnificent Seven won the weekend with $35 million in three days. Yep, $5 million per team mate! The animated film Storks, who also premiered this weekend, earned $21.8 million. Warner might have wanted more money for that film, but considering it looked kinda bad, second place isn’t something to sneer at.

OMG! One-Punch Man gets a second season! It was confirmed during the “One Punch Autumn Festival” held on September 25 in Saitama (where else!), and then it was confirmed on Twitter. There is nothing besides that though. No date, no number of episodes, or anything. But still, yay!

Here we have a new promo for Supergirl season 2, where everybody fangirls over Superman, and Gotham gets a mention. Also, a clip where he talks over the phone with Perry White, and then flies off to help Supergirl. Their interaction is kinda adorable.

On more DC news, some fans are losing their mind because The Flash director Rick Famuyiwa might be the first filmmaker ever to address casting rumors via Funko Pops. Dude posted on Twitter the cover page of the most recent draft of his screenplay. And on top of the script? A Funko Pop Flash with what some fans identified as a Funko Pop Cyborg. You can just see their feet, but fans are obsessive yo! 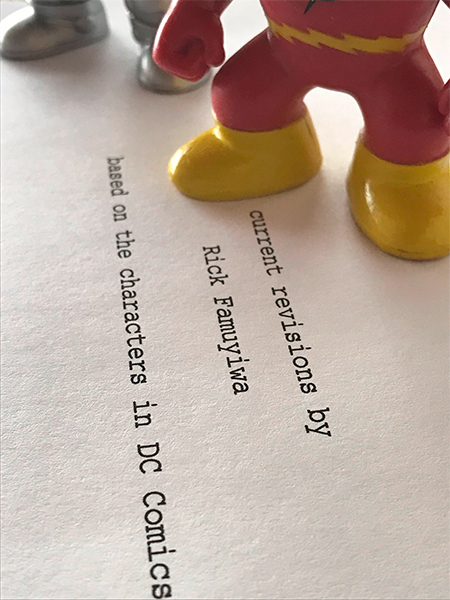 On the Marvel side of things, Kevin Feige said that Stan Lee has already shot cameos “for four various projects”. Damn, that’s efficiently morbid of them! I mean, as much as I him, Stan The Man is 93 years old.

Benedict Cumberbatch confirmed to Empire Magazine that Doctor Strange will return for Avengers: Infinity War because of course he will be there! But it’s always nice to have confirmation. Also, the magazine shared some pictures from their Doctor Strange special… and some other people shared all the pictures witht the help of a scanner. 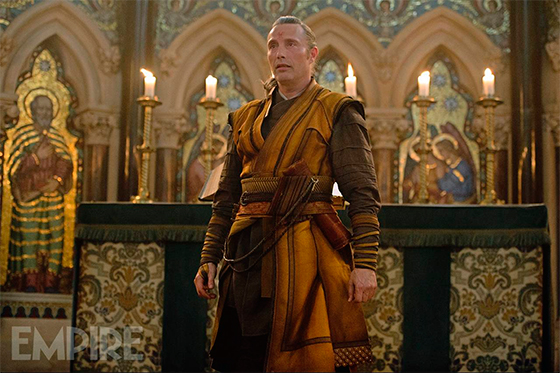