Mark Hamill will receive a star on Hollywood Walk of Fame on March 8! George Lucas and Harrison Ford will be there. This kinda makes me sad because I know Carrie Fisher will have something hilarious to say. That said, Mark received the news with his usual humor and candor:

Can’t say this is a dream come true because I was never foolish enough to think something like this could ever happen. When part of me doubts I deserve such an honor, I remind myself that someone got a “Star” for just one crappy reality show. #BeyondGr8ful 🙏

Jurassic World 3 will be penned by Emily Carmichael (co-wrote the upcoming Pacific Rim Uprising) along with Colin Trevorrow, director of the 2015 reboot and co-writer of Jurassic World: Fallen Kingdom. The studio has set a June 11, 2021, release date for the movie. Trevorrow is returning to executive produce the new chapter along with Steven Spielberg. No news yet on the plot, or on who will direct it.

The Robinson family, part of a highly trained mission to establish a new colony in space, is unexpectedly pulled off course forcing them to crash-land on a lost planet.

J.J. Abrams confirmed that the script of Star Wars: Episode IX is complete, and that we are getting a late July shoot date. He added that “having a script in advance is something I haven’t always been lucky enough to have”… which made me LOL.

Well damn, Black Panther‘s box office broke The Avengers‘ Wednesday record and passed the $500 million worldwide! The film has also become the highest rated superhero movie of all-time on Rotten Tomatoes and Metacritic, and it’s only one of two live-action comic book adaptations to earn a A+ CinemaScore from audiences. All of this makes me wonder if Avengers: Infinity War could get as many records (because the money and critic’s approval it’s bound to have, right?!)

On the Warner/DC side of things, Aquaman had a test screening, and it is described as an “emotional action movie” with similar tone to Wonder Woman. Also, a a Star Wars-like vibe is mentioned, particularly in relation to the battle sequences. Could this be true? Could Warner/DC stop f*cking up?

Nah, man. Warner/DC is still improvising stuff. And now that Joss Whedon ain’t writing or directing Batgirl because he “really didn’t have a story”, Warner may have found a new writer…on social media. Roxane Gay (who wrote, among other things, the comicbook World of Wakanda for Marvel) offered her services via Twitter, and Michele Wells, Vice-President of Content Strategy at DC Entertainment tweeted her interest back. I have nothing against Roxane, but it sure seems like Warner doesn’t have its sh*t together.

Also, Flashpoint still doesn’t have a director (or directors). Yeah, those news that John Francis Daley and Jonathan Goldstein (Spider-Man: Homecoming screenwriters) were in talks to direct it? They are still talking. No deal has been signed yet.

But one thing that Warner/DC usually gets right (let’s all ignore The Killing Joke please), is its animation. So here’s a preview image from the upcoming direct-to-video animated movie, The Death of Superman, as seen on the iTunes Extras page for the upcoming Suicide Squad: Hell to Pay animated movie. 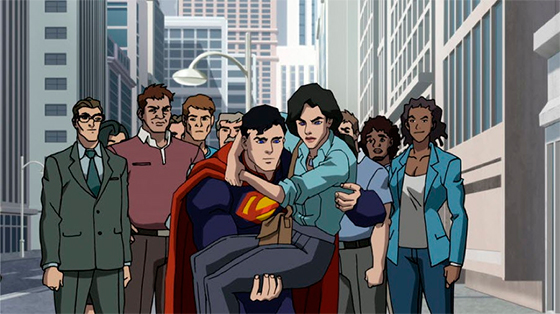 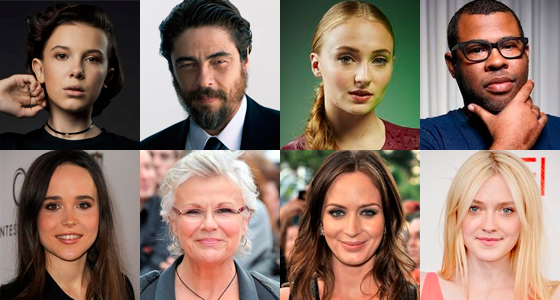