OMG 2016 will be epic if no one backs out! Captain America 3 and the Batman vs. Superman will both premiere in May 6, 2016! Kevin Feige said he won’t blink in the eye of competition! Will DC back out? OMG it will be an epic showdown! Who will win this box office battle! I mean Marvel will probably make a better movie, but those DC characters are way more iconic and they will surely make bank!

Here are the variant covers of Lumberjanes, which is a new comicbook written, drawn and led by women. And we’ll love it. Why? 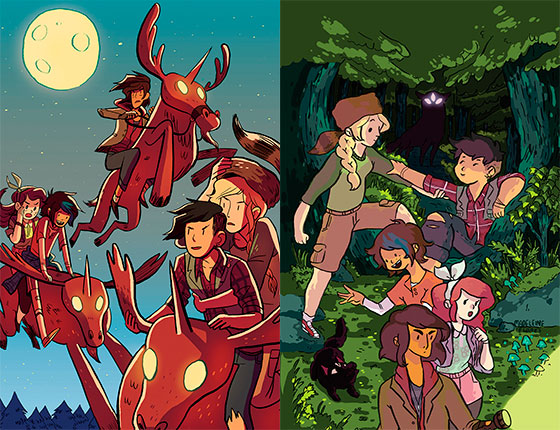 So Roony Mara is in negotiations to be Tiger Lily in Joe Wright’s Pan. Because, you know, there are no Native American actresses anywhere. I mean I kinda understand Johnny Depp as Tonto in The Lone Ranger as much as it annoyed me. Johnny Depp is a superstar and brings money, even if he didn’t in that movie because except for that train chase it was kinda “meh”. But this case? Come on! The average Joe doesn’t know Roony Mara from any other skinny white woman! Yeah, the portrayal of the natives in both the book and the Disney cartoon movie wasn’t that good, but it won’t be better when you chose a white girl to play the part!

On good franchise news, Smurfs will be rebooted and it will be totally animated! Like Mr. Peabody & Sherman! Yep, apparently new Smurfs will be closer to comics so good for them! It will be directed by the guy who did Shrek 2 and Gnomeo & Juliet… I’ll take it! And I know some people who will be happy about it~

We had the Captain America: The Winter Soldier premiere yesterday, and everyone looked so pretty and happy. Here are the pictures and videos to prove it!

Christopher Markus and Stephen McFeely, who wrote both of Captain America movies and will work in the third one, talked a bit about the possibly upcoming battle with the Batman vs. Superman movie.

I think when two cars drive at each other, somebody has to veer off eventually.

Well, that’s an indirect, considering Feige already say he won’t back down! Anyway, apparently we get a glimpse of The Avengers Tower in Captain America: The Winter Soldier. Of course it will be featured better in Avengers: Age of Ultron~

You get a quick glimpse, I don’t know if you noticed, of the new Stark Tower – which is not the Stark Tower, it’s the new Avengers Tower. We show it in there. It goes by *snaps* real fast during that [SPOILER – targeting] sequence. But it’s there.

Past and future versions of Magneto and Professor X grace the cover of Total Film! 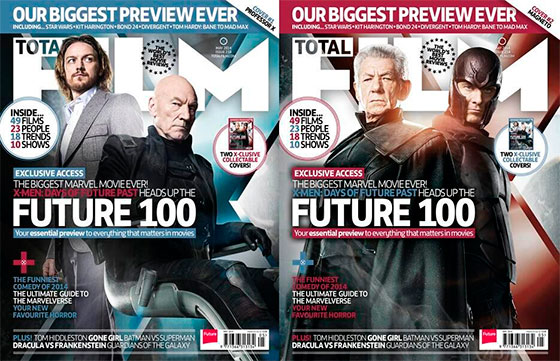 Bryan Singer also talked with Total Film about X-Men: Apocalypse in the same issue and we are promised destruction! And the notion of ancient mutants~

We’re going to deal with the notion of ancient mutants – the fact they were born and existed thousands of years ago,. But it’ll be a contemporary movie – well, it’ll take place in the ’80s… […] Apocalypse will have more of the mass destruction that X-Men films, to date, have not relied upon. There’s definitely now a character and a story that allow room for that kind of spectacle.

Latino Review has had a terrible scoop track lately, but I want to believe their newest rumor… that Lupita is close to get a role in Star Wars: Episode VII. Get that franchise money, gurl! 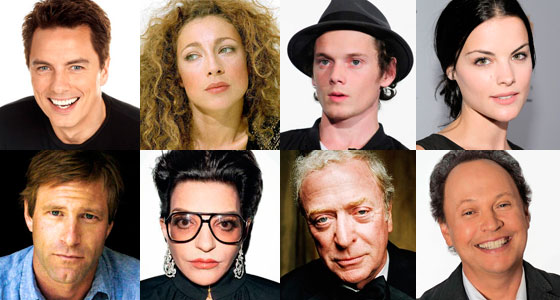