The Fangirly Diary of a Geek Girl: Are you ready for this?

Greetings, fellow fangirls and fanboys! This week we have many promos of TV shows (and Blu-rays) to come. Then there’s the obvious news of sequels, and info on geeky film-in-progress or ready to start.  Here’s how the week started:

Let’s start with promoted fanboy Oscar Isaac (dude loves both X-Men and Star Wars!) talking about his look as the titular character in X-Men: Apocalypse, where he doesn’t look much like himself… or comicbook Apocalypse besides the color~

We had to do some adjustments here and there and be like, alright, maybe this is too alien. He also is someone who people would want to follow and not just be terrified of. So the balance, and then making sure that there’s some great elements from the comic but also making our own thing as well. In the comic, he generally is like 12 feet, 600 pounds.

Apparently, the Pacific Rim sequel, going by the kick-ass working title of Maelstrom, begins filming in Toronto in November! Production will last well into 2016, so we must be patient while waiting for the sequel~

Talking about Pacific Rim 2, seems Guillermo del Toro had to choose it over Justice League: Dark! And well, if it ends ups being a big hit, it may mean someone will actually give him money to make Hellboy 3. So, when the time comes, go watch giant robots fight giant monsters again as many times as you can afford!

Warners liked the script, they were very enthusiastic and wanted to green-light it but they wanted it to coincide with the shoot of Pacific Rim 2. I was put in a very difficult place facing a difficult choice, and I chose to do Pacific Rim 2.

Little Golden Books are books many American kids own, and now they have cute Star Wars editions. We will get the first six books on July 28, each adapting one Star Wars movie, and a boxed set of these six books will be available on September 1… and I am only realizing this now. You have failed me, internet! Anyway, here are the covers~ 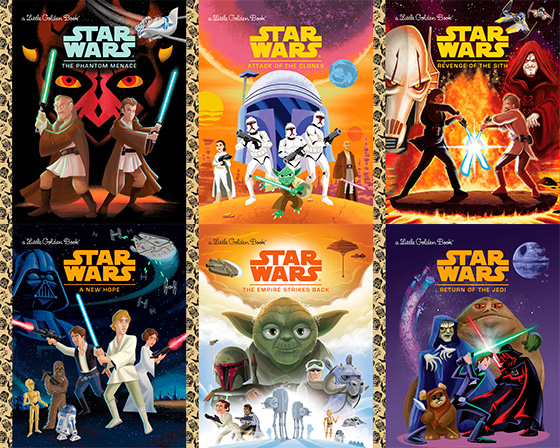 In Box Office news, as usual for a Marvel movie, Ant-Man was number 1 on their first weekend in North America. But with “just” $58 millions, it’s Marvel’s lowest domestic debut since Incredible Hulk in 2008. On the other hand, Ant-Man got $56.4 million in the international Box Office from its first 37 markets, which is well ahead of the first Captain America and Thor movies.

He works for the American government. He works in conjunction with the superheroes, and certain agencies that help to tame the superheroes’ power, I suppose. So you’re not quite sure which side he’s on. It looks a little bit like he’s playing one game when actually he’s playing another. It’s the kind of character I like because it’s ambiguous and because you don’t know whether he’s good or bad.

While Sigourney Weaver is quite happy to work on Neill Blomkamp’s new Alien movie, she wasn’t too happy with the Alien vs Predator thingie even back in the day~

I heard that Fox was gonna do Alien vs Predator, which really depressed me because I was very proud of the movies. […] I’ve nothing against building a movie on a video game, but at the time it was, as Jim Cameron said, I think publicly, ‘Why would you want to do that’? It’s like making Alien meets the Wolfman.’

Jaimie Alexander (our one and only Sif) said that not only her character will have “a very pivotal part” in Thor: Ragnarok. Also, there will be some hints of that movie in Captain America: Civil War!

There’s a lot of great stuff they’ve peppered in through Agents of S.H.I.E.L.D., The Avengers [Age of Ultron], Captain [America: Civil War] will have some stuff. There’s just all kind of Easter eggs and hints, if you’re really paying attention.

Seems Benicio del Toro could get a part for Star Wars: Episode VIII as a villain! I guess his Mugatu looks as The Collector from Guardians of the Galaxy paid off!

The Mary Sue shared an exclusive preview of The Secret Loves of Geek Girls, a mixed-medium non-fiction anthology featuring comics, prose, and illustrated stories, that take us “into the lives and loves of some of comics’ and literature’s most intriguing and talented female creators”. And you know what, it seems kinda awesome! 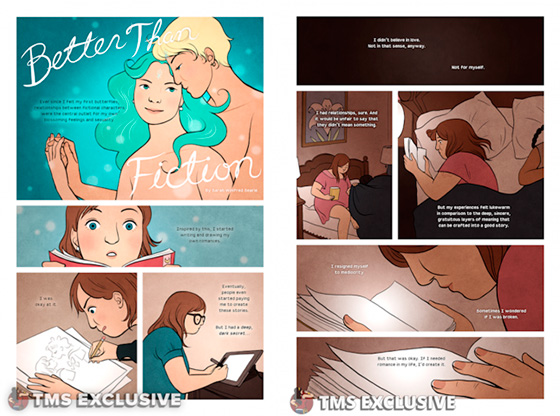