The Fangirly Diary of a Geek Girl: And none for Leo DiCaprio, bye!

More concept art from The Avengers! Why does concept art almost always look better than what we get on the big screen? Also, here are some visual effects videos by Industrial Light & Magic. 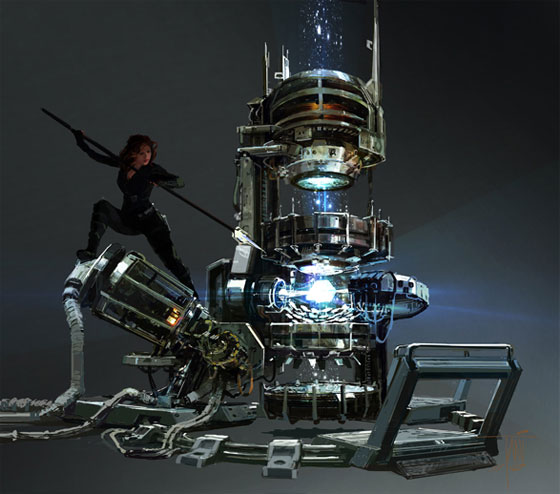 Joss Whedon is juggling his Disney/Marvel projects with the other ones, including new Dr. Horrible stuff. Busy man!

Jeremy Renner talks with MTV about what he wants in The Avengers and Mission: Impossible franchises.

Goddess Jaimie Alexander had a couple of interviews. She mostly talks about Thor: The Dark World in the first one, and there is good news for the ThorxSif shippers:

There is more [character development] with Sif. We sort of explore the Thor-Sif relationship a little bit; kind of [in a romantic way]. It’s more like getting a feel of who these people are, how the way they are with each other. It was really fun for me and Chris. Him and I are almost like brother and sister too, so I was like maybe that translates into ‘ohh they love each other on camera.’

In the second one, besides Thor: The Dark World and shipping, she talks about her other projects and how she wishes to be in a wacky comedy:

I love it, I think those movies are so funny.  Chris Farley, I was a huge fan of his growing up.  I would love to do something kind of slapstick and funny, maybe where I could change my look even a little bit.

I think she and Hiddles should do a physical comedy: the wacky adventures of Loki and Sif… with Dwayne Johnson. Don’t judge me, dammit!

Guillermo del Toro joins the ever-growing list of people who declined to direct the new Star Wars movie. He has his own stuff to do, yo! He’s also writing an outline to a DC movie with their “darkest superheroes”, that is Justice League Dark. You know what? This is more likely than a Justice League movie. Especially if del Toro is finally admitting he’s doing it. 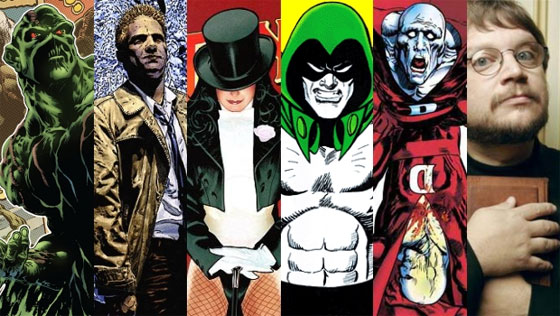 Matt Boomer will be in Superman: Unbound, a new animated movie based on a Geoff Johns’ story of the same name. Well, WB/DC has had a better track record with those than Marvel. I’ll give them that.

Forbes declares Benedict Cumberbatch and Nicholas Hoult the stars to watch in 2013. Benny also talks some more about his Top Secret role in Star Trek Into Darkness, and how he aproves of J.J. Abrams’ efforts to try and keep fans in the dark as much as possible.

Mystique is rare now, isn’t it? There aren’t that many enigmas in this modern world. Myself, I quite enjoyed seeing Super 8 and not knowing the story and then being mesmerized by it … [but] we live in the modern world, which is a place of oversaturation and now people, especially Trekkies, want to know everything before they witness it themselves. It’s strange to me. I think of it as a kid having a box of chocolates and not knowing what’s good for them. They eat three and they keep eating as they get sick… and the candy is gone.

Yeah, guess you are right. But with big fandoms like Star Trek, they are always worried that something horrible will happen so they want all the info. Also, “James Watson”? What the hell, Entertainment Weekly? Do your research! And don’t give me the “Conan Doyle himself sometimes forgot Watson’s name” excuse!

So Joseph Gordon-Levitt won’t be in Guardians of the Galaxy (thank god), but he will be in the Sin City: A Dame To Kill For as Johnny, “one of the core characters in overlapping story lines”. Josh Brolin will also be there as Dwight, the character played by Clive Owen in Sin City. There’s no problem with this recast since the character had a different face in the two stories. Though the one in Sin City: A Dame To Kill For chronologically happens before the one in Sin City… so Dwight upgraded his face in my opinion~