First day of 2014! And the most important thing is Sherlock series 3 premiered after two years of wait! The episode was highly entertaining and the plot revolved around the relationships between all the characters, with the case taking a second row. Also, Benedict Cumberbatch’s parents were Sherlock’s parents! Benedict talked a bit about it:

It was kind of nerve-wracking. They’re actors, and they get nervous as well, and yet they were brilliant, they hit home runs, they were fantastic and it was lovely – really, really nice – to have them on set… It was really gorgeous, a very special feeling.

And The Hollywood Reporter had a sorta lenghty interview with Sherlock‘s Big Boss, Troll King Moffat. What does he think about series 3?

I would say that the heartbreak and the excitement remains the same, but it’s probably funnier. I think Benedict and Martin relaxed into the roles and it’s probably the funniest Sherlock Holmes has ever been.

BTW, here’s the trailer of “The Sign of Three“, episode 2 of Sherlock series 3.

Sherlock faces his biggest challenge of all – delivering a best man’s speech on John’s wedding day.

Let’s talk some more about Sherlock. Or rather its ratings… they were awesome! My bbs continue slaying with an average of 9.2m, which is better than last series 8.8m, and of course series 1 with 7.1m. This is what Mark Gatiss had to say about it:

Delighted our loyal audience tuned in on an appropriately bleak and stormy New Year’s night! After two years it’s fantastic to have this response to Sherlock, John and all the team being back on TV. All this and Dr Watson gets married in three days time!

OK, Thor: The Dark World‘s Blu-ray is going to be awesome! It will include a short film called “All Hail The King”, and many people want it to be about Loki! But it could probably be about The Mandarin and/or Trevor Slattery if Drew Pearce’s hints on twitter are to believed. And has several deleted scenes! And gag reel! YEEEEEEEEES!

Here are some spoilers from X-Men: Days of Future Past courtesy of Empire Magazine, that include who is actually Wolverine stopping in his time-travelling adventure. Of course if you read the comics or watched the 90’s cartoon you know is… Mistique! Also Fassbender as Magneto is badass and Jackman as Wolverine looks old… but in this case it totally works! Also, dear Hugh also compares the sheer size of this X-Men movie with Avatar‘s~

Bryan [Singer] has such an incredible brain. This is certainly the biggest movie Fox has made outside of Avatar, so there’s pressure from all angles. But he’s buzzing, and he’s confident. He’s gone deeper emotionally, and it’s a great ensemble piece.

So, Marvel is making me crazy again and now have release a teaser/wedding invitation. Yep, Deadpool is getting married and half of Marvel’s heroes are there. Lots of questions: whos’ the (un)lucky bride? why would all these heroes bother to show up? since when Nightcrawler can officiate weddings? no, really, who the heck is the bride?! The wedding issue will be Deadpool #27 and will be released on April. 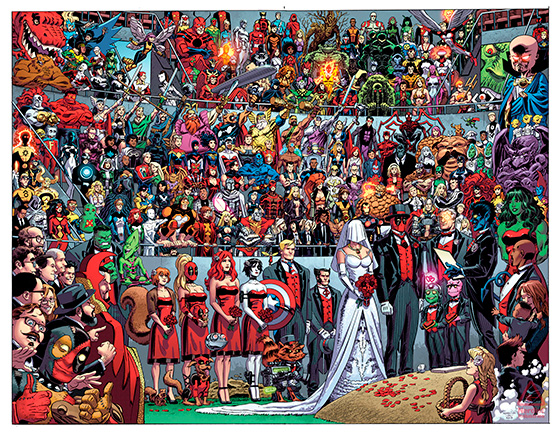 We here at Marvel could not be more excited to continue the publication of Star Wars comic books and graphic novels. The perennial brand of Star Wars is one of the most iconic in entertainment history and we are honored to have the opportunity to bring our creative talent pool to continue, and expand Star Wars into galaxies far, far away.

Second Star Wars news of the day is the rumor that Bobba Fett spin-off movie is a go and they even have a guy working on the script! And the guy would Lawrence Kasdan, who was the co-writer of Star Wars: The Empire Strikes Back and Star Wars: Return of the Jedi. Yep, that guy was there when Bobba Fett was getting written for the first time so it would be a logical choice, if the rumor is true. 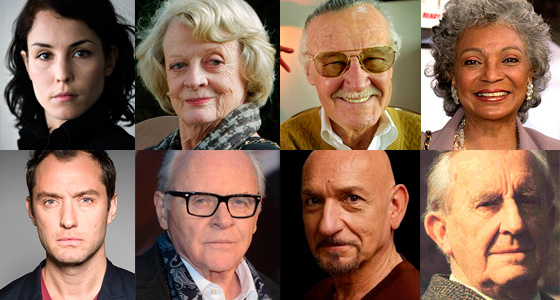