E!Online 2013 Celeb of the Year is… Tom Hiddleston. Why? Because he’s awesome and you will deal. Actually, it’s because he has more fans than a lot of other celebrities, including runner up Ian Somerhalder. Ha!

Anyway, back to Marvel, Empire Magazine has talked with Captain America: The Winter Soldier‘s co-screenwriter Christopher Markus about how is Steve Rogers doing and how to make him not “boring”.

What helps us get past the pious Boy Scout that he could turn into is that he doesn’t really want to be this guy. He would prefer to be Steve Rogers just walking down the street, helping people sometimes.. He felt the call when the War came. He’s kind of the still centre and things happen around him and are influenced by him. It’s interesting in this movie, for instance, to watch his relationship with Black Widow, who of course has a very different outlook.

James Gunn and Chris Pratt also have talked to Empire Magazine about Guardians of the Galaxy, the later saying the film is “sort of the best” of Galaxy Quest and Star Wars… By Grabthar’s hammer, what a mix! It made me squeal, for real! Director Gunn also has a nice simile to offer~

Our characters are basically all villains to begin with. They don’t believe they’re individually good and they don’t believe each other is good, and through the course of the movie they discover they’re heroes. If The Avengers are The Beatles, these guys are The Rolling Stones.

Talking about said movie, Marvel has also release an “early” look of those ragtag heroes. Early as in it is from the SDCC teaser and it is “quite unfinished” according James Gunn. There was also a synopsis! 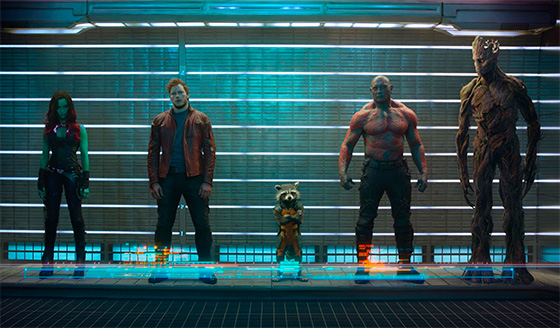 An action-packed, epic space adventure, Marvel’s Guardians of the Galaxy expands the Marvel Cinematic Universe into the cosmos, where brash adventurer Peter Quill finds himself the object of an unrelenting bounty hunt after stealing a mysterious orb coveted by Ronan, a powerful villain with ambitions that threaten the entire universe. To evade the ever-persistent Ronan, Quill is forced into an uneasy truce with a quartet of disparate misfits–Rocket, a gun-toting raccoon, Groot, a tree-like humanoid, the deadly and enigmatic Gamora and the revenge-driven Drax the Destroyer. But when Peter discovers the true power of the orb and the menace it poses to the cosmos, he must do his best to rally his ragtag rivals for a last, desperate stand – with the galaxy’s fate in the balance.

Stephen Amell doesn’t want Arrow and Agents of S.H.I.E.L.D. compared, and he’s also very proud of his show and their acomplishements~

We are not in competition with other television shows. I realize Agents of SHIELD is an easy comparison, but it’s also kind of lazy. We aren’t trying to be the best comic book show, we’re trying to be THE best hour of entertainment. Period. […] I couldn’t be prouder of what we do and that sense of accomplishment is based solely on the quality of our product, not the performance of anyone else’s.

Dwayne “The Rock” Johnson had a recent Twitter Talk and he confirmed he’s been talking with Warner Bros. about an upcoming DC Comics adaptation. Which one? He didn’t say, but The Rock was once attached to a Lobo adaptation, and also there are rumours of him being in the Superman/Batman movie as Green Lantern John Stewart. 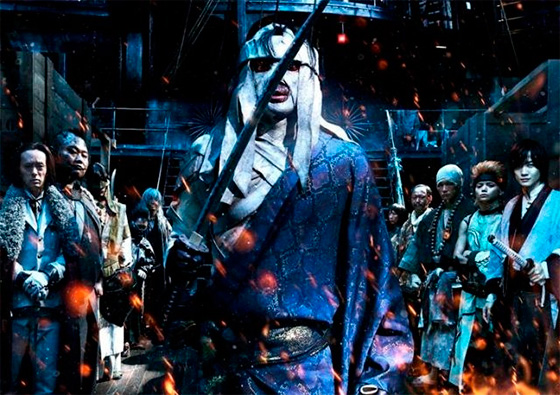 Frozen has crossed the $500 million mark, making this a great year for Disney despite The Lone Ranger flop. Frozen will join Iron Man 3, Thor: The Dark World and Monsters University as the other Disney movies that passed that mark. So yay! Adding the not as great but also pretty good box office of Oz, The Great and Powerful, Disney has passed the $4 billion mark on the global box-office charts for the first time in forever (of movie studio history)!

On more movie numbers news, The Hobbit: An Unexpected Journey became the most pirated film of 2013, according to TorrentFreak! Erm, congrats? Other greatly pirated movies include Django Unchained, Fast And Furious 6, Iron Man 3, Star Trek Into Darkness and World War Z.

And here are the last movie promos of the year to kickstart 2014! The Amazing Spider-Man 2 has a Time Square trailer that includes a Stan Lee intro, and Muppets: Most Wanted has a cute countdown~