Greetings, my fellow geeks! The first Fangirly Diary of a Geek Girl edition of 2014 is as low in news as the last edition of 2013. But the news themselves have been great! Specially because Sherlock series 3 premiered… and we have info about Thor: The Dark World Blu-ray! Here’s how the week started:

In other news, making cheap horror movie is such a good payoff! I mean, sure, Iron Man 3 and The Hunger Games: Catching Fire made the big bucks BUT their “return on investment” was way lower than Insidious: Chapter 2, The Purge and The Conjuring.

Razzie longlists for 2013 are here! The nomination ballot include box office disasters The Lone Ranger, R.I.P.D., Paranoia and  47 Ronin which is newer but is also not doing so good. Poor Ben Affleck and Ben Stiller are also included for their perfomances on Runner Runner and The Secret Life Of Walter Mitty respectively. Of course Movie 43, The Host, Grown Ups 2, After Earth, and Scary Movie 5 are also there.

Troll King Moffat says there will be a change of tone in Doctor Who series 8. Does that mean The Doctor can be an angry scotsman? Pretty please?

Now we’ve got to actually get a bit raw at it and do it in a different direction. It happens on every show – you get good at it and ‘good at it’ is the enemy in the end. 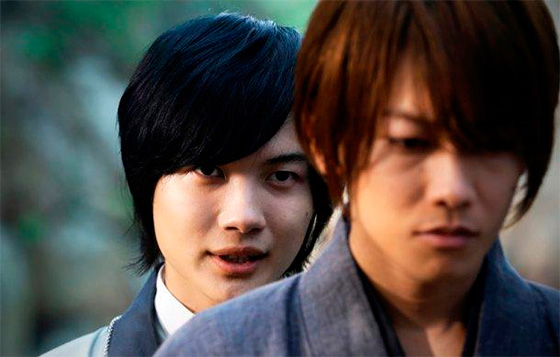 The Hobbit: The Desolation of Smaug has a $614.1 million worldwide box office! So it has easily moved into the Top 10 of best grossing movies! Yay! The film still needs to be released in China and Japan.

Empire magazine brings the goodies! We have new stills of Captain America: The Winter Soldier (and here are some more pictures, courtesy of Tumblr); as well as behind-the-scenes pictures of the main guys in their 70’s duds for X-Men: Days of Future Past and Andy Serkis in his motion capture suit for Dawn Of The Planet Of The Apes. 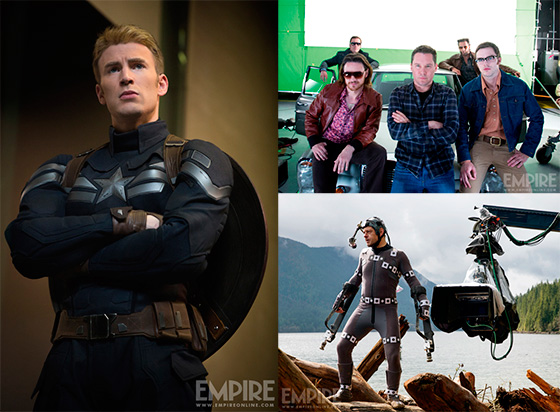 The rumors of Fox wanting to merge their Marvel franchises X-Men and Fantastic Four are still strong, the lastest being adapting the 1987 comic book series Fantastic Four vs. The X-Men, which was kind of a revision of the origins of the Fantastic Four where Reed Richards is a jerk and it ’causes conflict with both villain Doctor Doom and the X-Men.