Habemus Sherlock series 3 premiere date! At least in the US. I expect the UK date to be the same date if not before. Anyway, the date is  Jan. 19 at 10 pm! Already marked on my calendar! Also, here’s what looks like Sherlock series 3 first key art.

BTW, Steven Moffat is evil and teased us about Matt Smith’ master plan to get him and David Tennant to stay on Doctor Who:

By the end of it, Matt told me that he’d worked out this plan that they’d both continue in Doctor Who: do five individual episodes each and three together – would that be ok? It was a nice plan. I think if I’d said yes they’d have gone for it.

And here’s a long-ass interview with Andrew Lincoln and Norman Reedus about The Walking Dead, and about how much they love each other~ Here’s what Lincoln has to say about Reedus:

A lot of people say, “Oh, he just does cool.” The first time I met him, I was like, “You just went to cool school.” But the more you get to know him, [you realize] he’s very sensitive. He’ll hate me saying this, but he has a very good heart, he’s very loyal and incredibly bright. His instincts are some of the best I’ve seen in an actor. 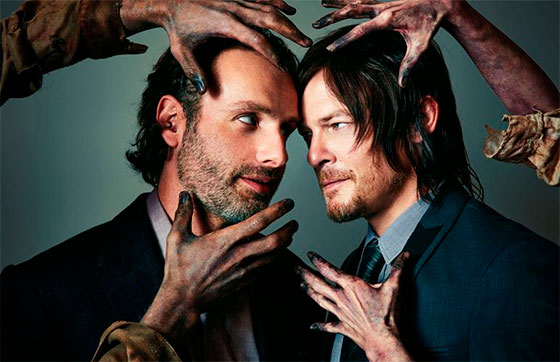 NBC is getting a new TV drama called Believe. The cool thing? Alfonso Cuaron and J.J. Abrams are involved in it~ So, what’s about? “A girl with supernatural powers and her connection to a wrongfully convicted (and now escaped) death-row inmate.”

Supervising Producer James Tucker talks about DC animated movies, and his opinion about the possibility about a live-action Wonder Woman movie:

[WB would] have to have a movie out and it’d have to do really, really, really, really REALLY well for them to go back to that. You just never know. It hasn’t happened yet. But I would be all for it. As far as what we’re doing, we’ll probably do a Wonder Woman-centered Justice League movie.

Talking about comicbook animations, Marvel is getting another anime, Marvel Disk Wars: The Avengers, targeted at boys from 6 to 12 (the others were teens and up).

The story will revolve around how The Avengers – Iron Man, Captain America, Thor and the Hulk together with the help of Spider-Man and a group of teens, will harness their respective fighting skills and superhuman powers to foil Loki’s scheme to take over the world.

Well, as much as we complain about Hollywood ruining anime like with that movie we mustn’t name based on Dragon Ball, and the failed Akira adaptation, I must say the Japanese are also not-so-good at adaptating American stuff, at least as far as Marvel is concerned. It is not bad, the animation is usually good, but the stories itself are hit or miss. We’ll see how it goes with this one.

USA Today had a nice article of Captain America: The Winter Soldier, and director Anthony Russo talked about the titular character that was not in The Avengers… and we also got a couple of new still!

He’s an amazingly drawn character. He’s so well conceived. [Ed Brubaker has] one of the best comic runs in the last 20 years, one of our favorite comic runs of all time & we really want to do it justice. It was important to us to make sure he just jumped off the page to the screen. 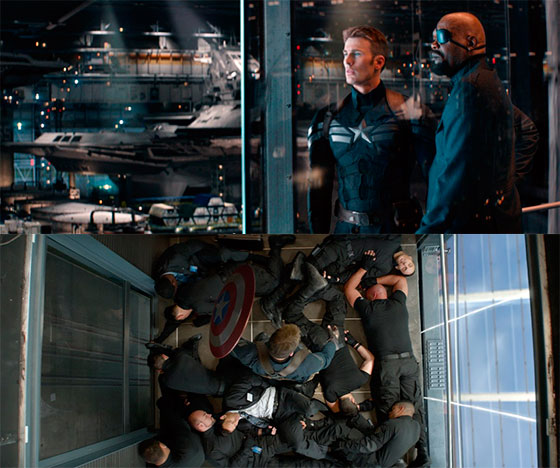 Kevin Feige talks some more about the possible Doctor Strange movie, and how it will focus on the supernatural. Which would be a first for MCU. Also says Ant-Man will be a heist movie… so we’ll possibly get Scott Lang? Will we get two Ant-Men then? Or maybe Hank Pym will just be the scientist who discoverd the Pym particles and Scott Lang turns into the actual Ant-Man? Am I overthinking this yet?

So now that we know that Kid Loki has “grown up” in Young Avengers #1, artist James McKelvie talks about (Young Adult?) Loki’s new design. And even publishes a nifty drawing that will surely be useful to fanartists and cosplayers~ 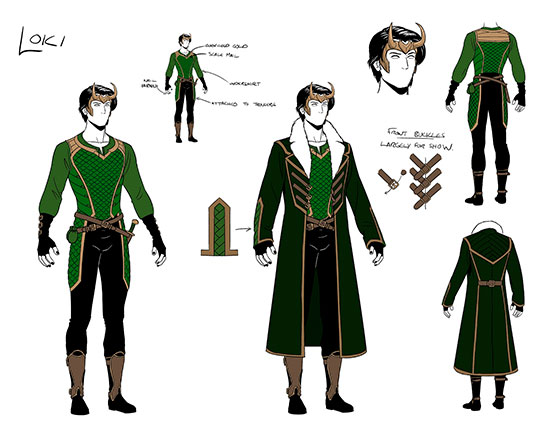 Tom Hiddleston does another interview where he’s “found himself in situations” where people ask him to do the most crazy things… and because he’s a circus bear he does them~ He also talks about what it is to work with Kermit in his cameo on Muppets Most Wanted:

I was a bit starstruck when I worked with him actually, like my first take, he was on camera before me and I walked into the shot and I had a moment where I almost forgot my lines because I thought “I’m on camera with Kermit the Frog. I’ve peaked. It’s all downhill from here