Thor: The Dark World premiered in UK, and everybody looked so pretty! And there was even a Loki contest where the best Loki cosplayers got tickets to the premiere! Also, Tom Hiddleston is a spoilery bastard! He showed an important page of Young Avengers #11 which was going to be available to the general public the next day! That person who gave him the comic must be friends with a comicbook store owner or something. Still, spoiler or no, that’s no way to treat a comic, Thomas! 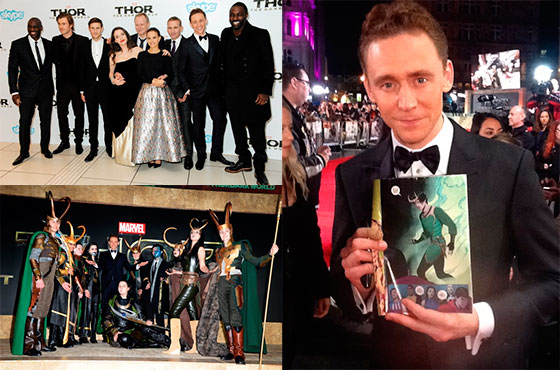 Now, if you thought Kevin Feige was done talking, you are totally wrong! He talks some more about Ultron and about what his role is in The Avengers sequel~

The threat that Ultron brings is certainly worthy of all the Avengers needing to come together and also the timing does play a large part of that. When you see a threat coming you have more time to assemble. There’s not a whole lot more I can say on that.

And he also had time to talk a bit about The Avengers 3 or whatever it will be called. Or rather, what’s going to be Joss Whedon’s part in it:

All of his efforts right now are in what he’s doing for us primarily, obviously, writing and prepping Age of Ultron but also in reading the drafts of the films in phase 2, watching early cuts and a) to inform him where the characters are going to end up in the beginning of Age of Ultron and also to get his input and his wisdom into all of these. But right now it’s all about leading up to Age of Ultron.

There’s a new poster for Captain America: The Winter Soldier … and man, can’t we have heroes/villains actually facing the audience once in a while? I’m still loving it though~ 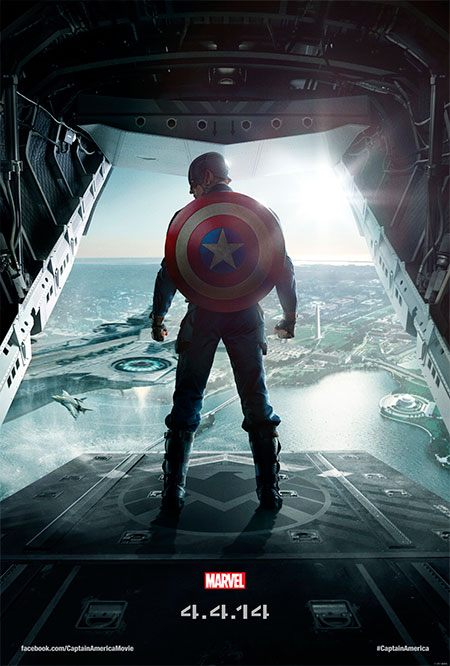 Stephen was so memorable in the first film, we’re privileged to have him back. I’m not going to say exactly HOW we’re bringing him back, but it’s a science fiction story, after all. His character will evolve into really unexpected places across the arc of our new three-film saga. I really look forward to working with such a gifted actor, who’s also become a good friend.

Jessica Lange will leave American Horror Story (and acting!) after next season! But… she was one of the main reasons I watched the series dammit!

I am coming to the end of acting. “I have a list: another stage production, maybe one or two more movies, one more season of American Horror Story. . . and then that is it for me. Because I think that’s enough. I want to go out with a bang. . . or should I say, a scare.

She’s very grateful to the series though. She claims it reenergized her career, even if she’s a bit weirded out that young people think she’s cool~

Talking about series, here’s the new trailer of J.J. Abrams’ Almost Human. And some (which includes me) are already shipping Karl Urban and Michael Ealy’s characters~ Come on, they even called it bromance! They are counting on it!

Aw, Paul McGann wanted to be in the 50th Anniversary… or anything Doctor Who related actually. Poor thing. Dammit, Moffat!

I was a bit dismayed because I always wanted to be in a 3D anything — even like Jaws 3D! I’d love to have been in any old rubbish. So I was bit gutted when I heard that’s what it was going to be like.

Anyway, come here to check an awesome scupture of Guillermo del Toro as a Jaeger Pilot~