Greetings, my fellow geeks. This week we continue comicbook movies stuff, as well as broadcasting news of two of my favourite British TV series. Also, there’s stuff you need to know about Loki, besides that his movie, I mean Thor: The Dark World had a premiere this week~

First, nobody defeats Gravity! Ha! I’m sorry Chloe Moretz and Carrie, but you have no chance against Sandra Bullock!

So, we finally had a teaser trailer for “The Day of the Doctor” a.k.a Doctor Who‘s 50th Anniversary episode. It doesn’t show any footage because Steven Moffat and BBC are freaking trolls, but it does look very spiffy!

And for those who didn’t get all the references sprinkled here and there, here’s a useful article~

Tom Hiddleston is very flattered about the idea of a solo Loki movie, but thinks “Loki defines himself in opposition to Thor”. He does know about the solo Loki comicbooks though and loves them. And then he pitches his movie idea that’s totally fanfiction about Loki running a nightclub on Earth during the 70s because that’s how he rolls~

James Gunn talks about Guardians of the Galaxy and wants it to be the start of more cosmic story in MCU.

I want to lay down the rules, I want to start it – I would love to be able to see it grow into other things. I love talking about all the other filmmakers, sitting around with the producer pitching ideas for other filmmakers to take on future Marvel projects. It’s a great thing to be a part of.

Here’s a preview of Young Avengers #11! And man, does it looks ominous to poor Kid Loki! 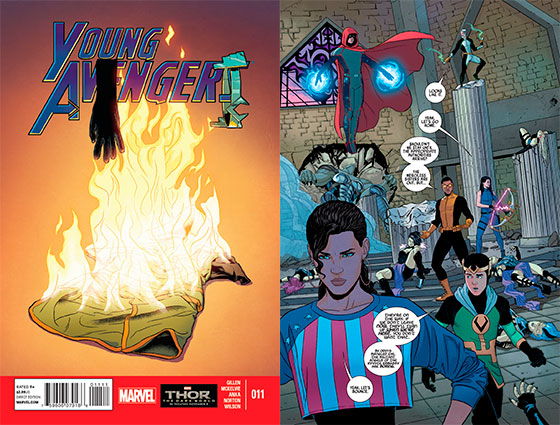 There was bromance in the Thor: The Dark World! At least, there was enough of it for it to be commented on… twice!

You don’t spend a chunk of your shooting time getting to know one another, we’re able to pick up where we left off and have developed a great friendship along the way. From the beginning we were lucky, we had a chemistry and the same kind of enthusiasm. 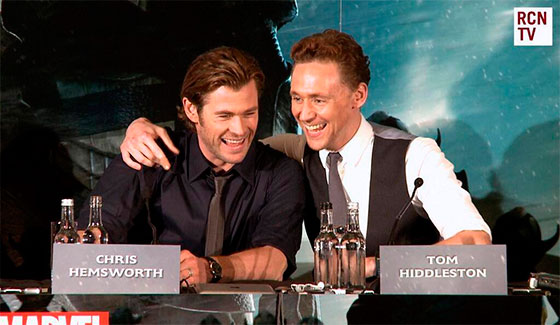 Of course, Hiddles loves everyone, and also said nice things about Tilda Swinton, who wasn’t there, at the BFI London Film Festival premiere of Only Lovers Left Alive~

Tilda is an amazing woman. She’s so warm, so wise and intelligent and it was a real pleasure to work with her.

It’s been confirmed. Not that everybody already suspected it, but still! Amanda Abbington will indeed play Mary Morstan in Sherlock series 3. Apparently both Moffat and Gatiss had her on mind when they wrote the part. She also talked about the “amazing chemistry” between her partner Martin Freeman and our Posh Alien Prince Benedict Cumberbatch, and how aware she is that (crazy) fans don’t like her character much~

When I was at the read-through, I remember watching them, and the chemistry between them is just amazing. They do have this beautiful relationship, so getting in between that – which is what Mary does, she becomes this kind of third wheel – was scary. Also, the fans love these two together, so I’m sure Mary won’t be particularly liked by them, but I hope that on the whole people really like her, because she’s a great character and she has some fantastic secrets.