The Fangirly Diary of a Geek Girl: A place in the world for pulp!

Good morrow, fellow geeks! This week has been curiously fandom packed, as in I’ve found myself lurking around some blogs about the nature of fandom and why it’s fun to enjoy media that isn’t exactly high art. Anyway, onwards!

Anastasia is coming to Broadway [1]! Maybe. Of course, I mean an adaptation of the 1997 movie, which I loved despite it being kinda silly. Angela Lansbury may even reprise her role from the movie! Yay!

Tom Hiddleston is active again and shared a wonderful pic of him in Loki hair from a year ago, back when Avengers was being filmed on Alburqueque! 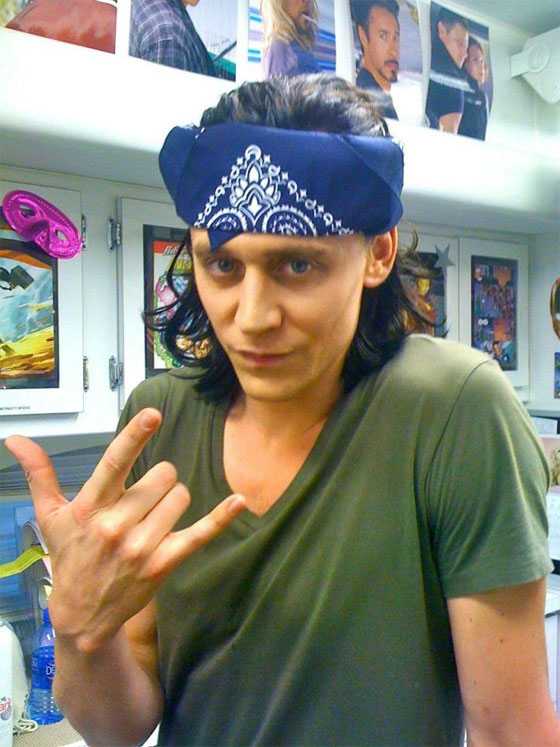 As you can imagine, the social networks exploded and hours later there were fanart and memes about it.

My other English fav was active too… or rather they kept talking about him. You see, Star Trek sequel writer Alex Kurtzman called Benedict Cumberbatch a genius and brilliant and “you could enjoy him reading the phone book” [1]. Woah, someone’s got a mancrush~

On the subject of Benedict, check this video in which our Posh Alien Prince talks about taking fashion advice from his fans:

They give me advice on what to wear, I’ve been, I mean, you should ask them, they’ve as a group, one of them, and then it sort of went around as an agreed principle about me, that I uh, used to get out of bed and dress blind in the morning, so I’ve tried to put a bit more effort in of late, to appease that comment, but um, yeah.

Oh, Benedict, are you talking about this Tumblr?

So there’s a short documentary by Davis Factor with Robert Downey, Jr. and Susan Downey called New Life, and it’s about their life and home weeks before baby Exton was born. It’s kinda appropiate because tomorrow is Father’s Day!

Yeah, sorry for the Russian subs, but the video keeps getting deleted~