The Fangirly Diary of a Geek Girl: A most expected journey

Found a long-ass interview with Christopher Nolan, where he talks about his Batman trilogy as a whole and each movie individually. He also says his films are “relatable” instead of “realistic”.

The term “realism” is often confusing and used sort of arbitrarily. I suppose “relatable” is the word I would use. I wanted a world that was realistically portrayed, in that even though outlandish events may be taking place, and this extraordinary figure may be walking around these streets, the streets would have the same weight and validity of the streets in any other action movie. So they’d be relatable in that way.

Total Film talks with Samuel L. Jackson about Star Wars, where he defends George Lucas’s second trilogy, and The Avengers, where he’s quite surprised by its success. He also talks about possible appareances of Nick Fury in Phase 2:

It’s [definitely] coming. Joss has already been hired to write that. I think my next time as Nick Fury is in Captain America: The Winter Soldier. Because I’m not in Iron Man 3. None of the Avengers are in Iron Man 3. It’s a standalone Iron Man movie.

Once more, Ian McKellen shows me why he’s my favourite old man. His enthusiasm about X-Men: Days of Future Past makes me smile so damn much:

[Patrick Steward and I] can’t believe it! I thought these were Fassbender and McAvoy’s parts, but — no, no — we’re back. We’ll give them a run for their money. I mean, I haven’t read the script, so I don’t know how much we’ve got to do. But, to be back in that world, and for Bryan to be doing it — with all the success he’s had in the meantime — it’s wonderful. Wonderful.

Talking about X-Men: Days of Future Past, apparently Hugh Jackman could be in the movie. Well, damn, I feel I love this movie already.

So Stephen King’s novel Under the Dome will finally become a TV series. We get 13 episodes for 2013! Well, there’s been a lot of TV adaptations of books, and that’s fine… but this reminds me of The Simpsons movie. Sorry~

Here are some new TV spots from The Hobbit: An Unexpected Journey, that include a teeny look at Smaug! Damn, there are so many of those, I cannot keep track of them. Not that I am complaining~

Also from The Hobbit: An Unexpected Journey, we have a soundtrack, courtesy of Rolling Stone! Now, in a more practical track-by-track player. OMG, “Old Friends“. Damn, I’ve got chills just by hearing it all! Howard Shore still got it.

Pixar released a couple of new posters from Monsters University. I really want one of those MU jackets. 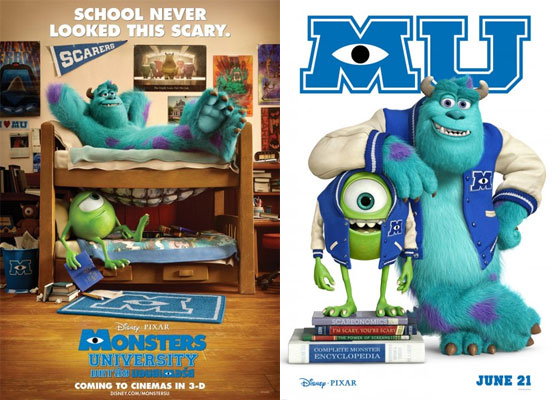 BTW, Marvel released some new images from Iron Man 3. Actually half of them are still from the trailer, but hey, better than nothing!

Finally, Hiddles being all cute and rhyming in a new video telling you to participate in the “Done in 60 Seconds” competition~

And that’s it for the week. Before I go, pretty Disney princesses in high-fashion dresses, and a The Hobbit parody that made me want to party with the dwarves~