The Fangirly Diary of a Geek Girl: A million voices cried out in joy!

Check out this clearer version of SDCC Captain Marvel concept art. Yep, that’s Brie Larson as Carol Danvers in her superhero duds, which totally look like her outfit from the Kelly Sue DeConnick’s relaunch back in 2012. 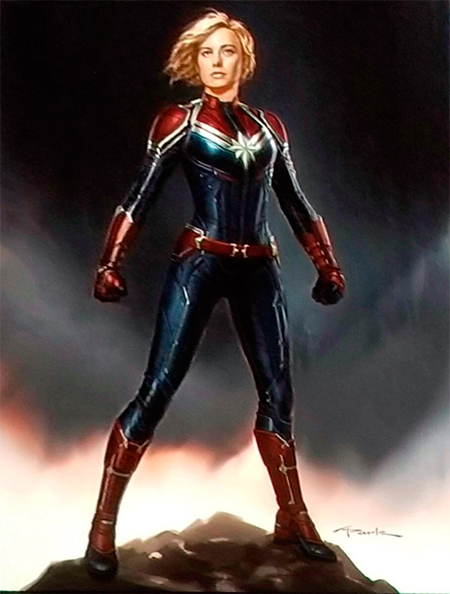 On something I forgot to post last week, and I am still beating myself over it… there’s a website for the anime adaptation based on Junji Ito’s horror manga. And the most important news we got from there are that the as yet untitled anime will premiere in the winter 2018 season premiere, and will adapt stories from both the 11-volume Itō Junji Kessaku-shū (Junji Ito Masterpiece Collection) series and the Fragments of Horror book. The site did not reveal which stories from those books will be adapted. They didn’t specify which stories from those books will be adapted tho! 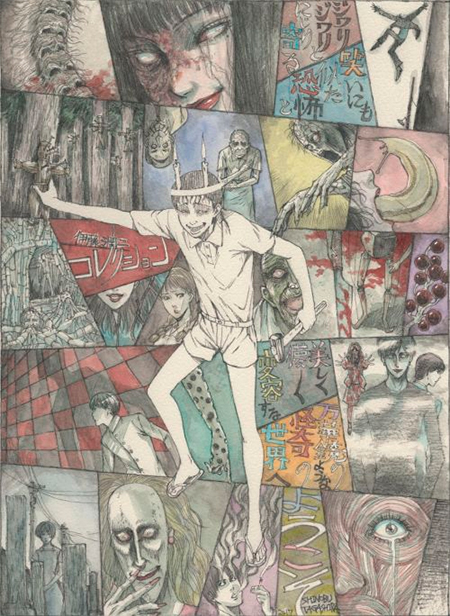 Bryan Fuller has confirmed there’s been talks for a Hannibal TV revival for a potential fourth season. Fuller did say he wanted to bring the series back for a revival ever since it was cancelled. He also explained that two years was the mark for the start of conversations because the rights for the character and story could be up for grabs again. So yep, August 2017 was about the right time.

YAY! Studio Ghibli has reopened for Hayao Miyazaki’s new film! We know Miyazaki doesn’t ever fully retire, and spent his time on a short entitled Kemushi no Boro (Boro The Caterpillar) for the Ghibli museum. Then he announced that he intended to turn the project into a full-length animated movie. There’s no official confirmation that the new project will be the full-length version of Boro tho! But we are just happy to have Ghibli and Miyazaki back!

OMG! Michael Sheen and David Tennant got the lead roles of Aziraphale and Crowley in the Amazon series adaptation of Neil Gaiman and Terry Pratchett’s Good Omens. The series will consist of six one-hour episodes and here’s Variety’s synopsis:

The show is set in 2018 on the brink of an apocalypse as humanity prepares for a final judgment. But Aziraphale, a somewhat fussy angel, and Crowley, a demon, aren’t enthusiastic about the end of the world, and can’t seem to find the Antichrist.

Talking about Tenny’s workload, EW has confirmed that he will reprise his role as Kilgrave in Jessica Jones season 2. They had a photo proof but Marvel shared no details on the nature of his return. We know dude didn’t survive season 1 (unless he can recover from a neck snap?), so what will it be? Flashbacks? Hallucinations? 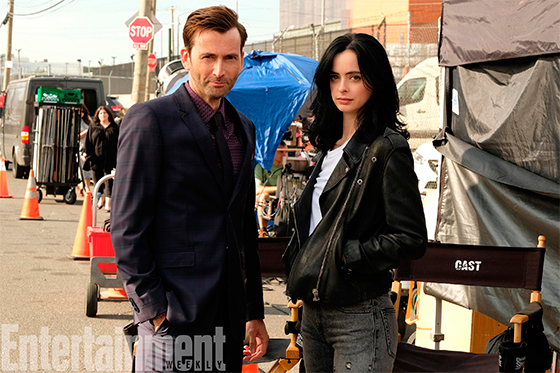 Continuing with Marvel news, now on the MCU side of things, here’s a picture of Valkyrie and Loki getting physical in Thor: Ragnarok! Despite this picture, it seems Valkyrie likes Loki even if “eventually she figures out Lok’s not to be trusted”~ Here’s what Tessa Thompson herself thinks about their relationship!

I just think there’s something about two folks that kind of come from the same place in a sense, that have the same chip on their shoulder in a way. There’s a thin line between how much they hate and love each other. 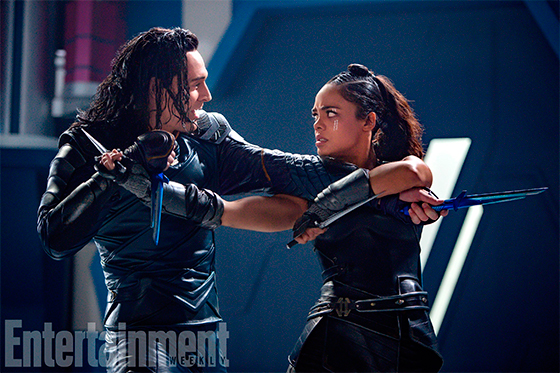 Anya Taylor-Joy and director Robert Eggers will reunite for Nosferatu remake after their excellent debut in The Witch. The movie is a remake of the silent film Nosferatu that was loosely based on the novel Dracula. Nosferatu has been remade before in the 70s by Werner Herzog, and then there’s Shadow of a Vampire with Willem Dafoe as a fictionalized version of the making of the film. Taylor-Joy is only in “talks” but Eggers really wants her in the film. What about Black Phillip tho!