Here are the introductions to all the main players on Star Wars: Rebels! Here be the ladies of the group: Hera, the pilot and Sabine, the weapons expert. 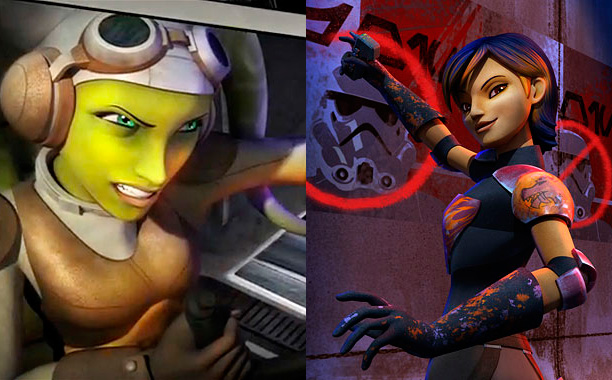 Talking about meeting characters, here are all the Guardians of the Galaxy: Here’s Rocket, Groot, Drax, Gamora and Peter Quill/Star-Lord. They all seems very likeable!

Also, here’s one of my favourite vloggers, Andre “The Black Nerd”, talking about Guardians of the Galaxy, naming it The Most Important Movie Marvel Would Ever Make~

Collider has huge interviews with Hugh Jackman, James McAvoy and Bryan Singer about X-Men: Days of Future Past, and while entertaining (and also revealing how big a nerds Wolverine and Proffesor X are!), I learnt that Quicksilver was indeed in the movie just because Fox wanted to screw over Marvel… I mean, the guy ain’t in the movie much!

He’s not in the movie a lot, he’s just sort of in one section of it but there’s a fun sequence which will be fun to watch in 3D. Lots of stuff.

Also, here’s a bunch of images, although some of them are the good versions of the scanned ones we saw from Empire Magazine~ Everyone is looking good, and I really really hope that child with Quicksilver ain’t Scarlet Witch!

Now on the rumor side of things, some people think that Mads Mikkelsen is being considered for the titular role in the possible MCU movie, Doctor Strange. I don’t know what to feel about this. On the other hand Mads is made of awesome, and yet, I’m not sure how well he fits for the role. I love you, Mads, bu you have villain’s face! Still, I like him better than the other rumores options of Johnny Depp and Jon Hamm~

OMG The Lego Movie sequel already has a release date! Damn, this guys are bussy! The date? May 26th, 2017. Guess they have a bit over three years to be ready for a new adventure where I hope everything continues to be awesome~

Finally, Habemus Constantine! Welsh actor Matt Ryan has been chosen to be John Constantine in, well, Constantine. Yeah, I don’t know him either. I’m sure he will do a good job, or at least I hope for it, and people won’t connect Keanu Reeves with the character anymore. Not that I didn’t enjoy the movie… it just was too AU. I wonder why they never use the actual name of the comic HellBlazer? I wonder if they will address Constantine’s bisexuality on the series? I wonder if they will actually die Ryan’s hair? So many questions! 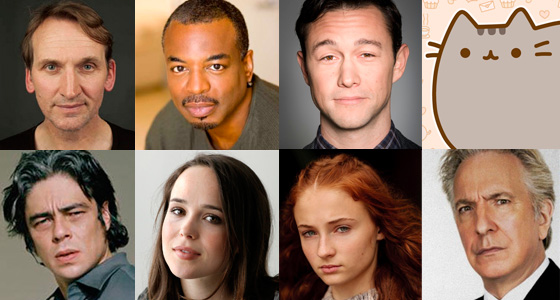