Here are the first teasers of Star Wars: Rebels with actual show footage!

Talking about footage, here’s a couple of The Amazing Spider-Man 2 featurettes~ The first one is called “The Price Of Being A Hero” and shows, besides action-packed scenes, Spidey’s relationships with the women of his life and wanting to know more about his pasts. The second one is called “Lights, Camera, Action” showing mostly a truck chase with a pre-armored Rhino. Also, we are promised more action!

USA Today has been nice to share some new pictures of Guardians of the Galaxy ahead of the trailer premiere. Also some new stuff about the plot of the movie like:

Their stories converge in the space prison Kyln. After the characters break out, they venture to Knowhere (the severed head of a celestial being that serves as a hangout for aliens) and visit the weird menagerie of the Collector (Benicio Del Toro). They also have to avoid two villains, Ronan (Lee Pace) and Nebula (Karen Gillan), who are in hot pursuit of Quill’s orb, which has the power to destroy the galaxy. 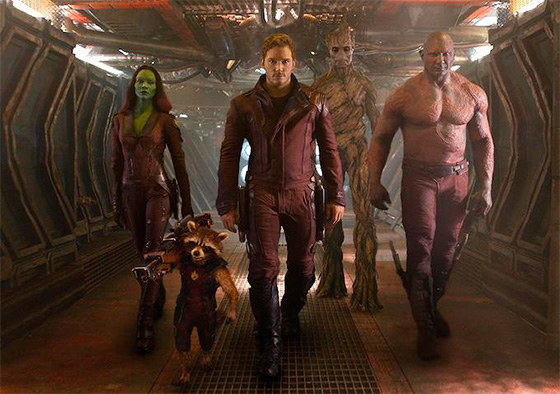 James Cameron will shoot Avatar 2 in 4K resolution! I have no idea what that means in terms of how it will look besides being super sharp, I mean, that’s a lot of pixels! There’s also checking into High Frame Rate ala The Hobbit movies. They are still at a designing and writing stage tho, but he gave a bit away:

It’s going very well.  I think it’s going to be spectacular.  You’ll see new worlds, new habitats, new cultures.  The primary conflict between the human view kind of dominating nature and the Na’vi view of being integrated into nature is the same, but it manifests itself in very different ways.

OMG! Here are the new posters for Hannibal Season 2! We have one of Hanni himself and one of poor Will Graham~ Man, I love their social media guys and their pun-y ways! 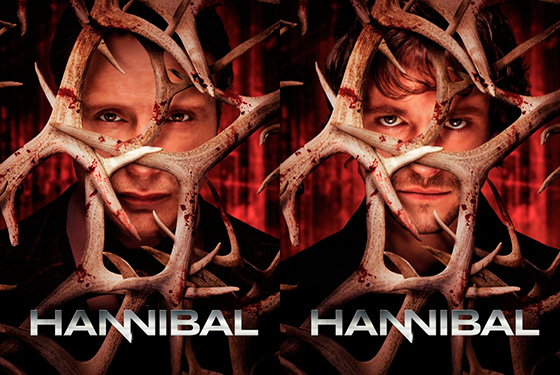 Here’s news that totally won’t happen but makes me wish they would~ Entertainment Weekly talked with Rome creator Bruno Heller about the possibility of that show ever coming back to HBO. Because we are forever bitter it was axed in its prime, and then Game of Thrones happened. I mean, I love Game of Thrones, but I liked Rome a bit more. Heller thinks a revival is unlikely, a reboot though~

It’s just a matter of enough people thinking it’s a good idea. I could call Kevin and Ray and they’d love to come back and have another crack at it. It would be up to HBO. Normally I don’t like to look back, but that show was the great love of my life.

Here’s a long interview with Al Ewing, the writer of Loki: Agent of Asgard, and shows that they guy knows his fandom slang, and just like with Kieron Gillen, our love for Loki will makes us suffer~

I did a signing a couple of days after the book dropped and it was incredible seeing all the love for Loki up close. The downside of that is that I’m bound to end up disappointing people who’ve got a particular OTP or headcanon, because I’ve got my own things I want to do. And eventually, I’m going to have to do some things that are going to cause anyone who loves Loki real pain. Some actions have consequences, and some consequences are brutal and tragic.

JK Rowling, I mean Robert Galbraith, is going to publish a second book! In “The Silkworm”, a novelist is brutally murdered after writing poison pen-portraits of nearly everyone he knows; now private detective and war veteran Cormoran Strike and his “determined young assistant” Robin Ellacott will see what’s going on! The book will be published on June 24th and if it is as good as “The Cuckoo’s Calling”, I will give it a shot.

On totally weird news, some fellow is tweeting Top Gun frame by frame. Why? Because he (or she) can apparently!