OMG! J.K. Rowling wrote on Pottermore as Rita Skeeter about the Quidditch World Cup final! And guess who was there? Yup, the main players of Dumbledore’s army! Read her snark about greying family-man and Auror Harry Potter here!

After a meteoric rise to Deputy Head of the Department of Magical Law Enforcement, she is now tipped to go even higher within the Ministry, and is also mother to son, Hugo, and daughter, Rose. Does Hermione Granger prove that a witch really can have it all? (No – look at her hair.)

Man, now I want JK to write a book of short stories about the Harry Potter world from other characters POV. Yes, I basically want canon fanfiction!

Hannibal‘s ratings on NBC are not remarkable, so we never knew if we were going to come back for a third season or not. So I had started talking to Neil Gaiman and Fremantle about the possibility of doing American Gods, and just got really excited about the project. Then, when Hannibal got picked up, that’s my first priority. But I was able to partner with Michael Geen on American Gods, so I would be able to participate in both worlds.

Lol, so he was kinda looking for another job thinking Hannibal might be canceled? I don’t blame him though, Hannibal is his first show that wasn’t hit with The Fuller Curse~ Congrats on having work, man! May it all be great!

USA Today wrote an article about Michael Rooker’s Yondu from Guardians of the Galaxy and showed a couple of new pictures. I am still not sure about his make-up, but hey Rooker’s enthusiasm on the role makes up for a lot!

It’s not so black and white — I should say blue and white. And I enjoy roles that are like that, even if they’re not in some galaxy somewhere other than ours. 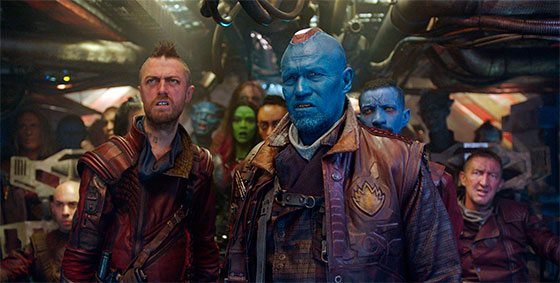 Also, there has been lucky bastards who managed to visit the set and here they reveal the non-spoilery (yet still spoilery) details! Apparently we get lots of Easter eggs!

The final news today is that Gus Van Sant will direct Warner Bros.’ live-action adaptation of Death Note… and I don’t know what to think. I mean, it’s Gus Van Sant, so I have some faith in the guy, but I don’t think he has a lot of experience in this kind of genre? But I am sure it won’t ever be near as bad as Dragon Ball: Evolution was or how American Akira seemed on paper~

OK, that first look of Ian McKellen as a 93 year-old Sherlock Holmes gave me serious feels. The film, now named Mr Holmes, deals with a long retired Holmes, frustrated by his diminishing power of recollection and a final case. Damn, reading about it is painful! I know watching it will make me tear up. Specially because there seems to be no Watson! 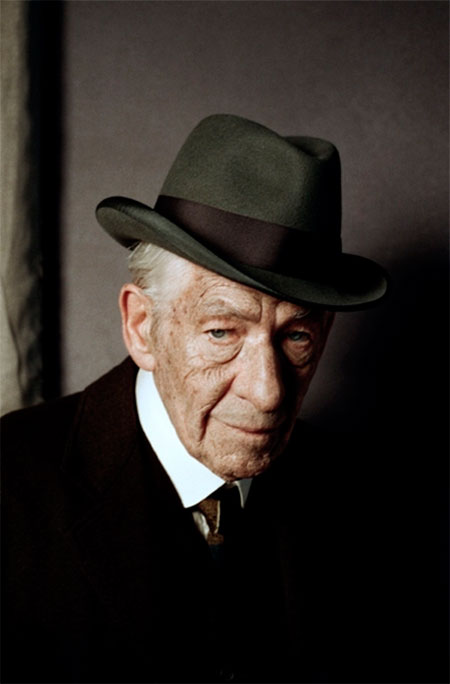 BBC America has great news! Such as we get Orphan Black season 3 for 10 more episodes! And they will also produce the new Viking drama The Last Kingdom, because Vikings are IN now!

In “nobody asked for this” news: There’s going to be a live-action remake of Dumbo, and it’s going to be written by Transformers writer Ehren Kruger and WHY GOD WHY!

In “not as bad” news, Ridley Scott is on a roll of Biblical stuff! Not happy with Exodus: Gods and Kings, now there’s news he is already looking at another Old Testament character: David. Yup, the dude who killed Goliath with a slingshot and ended up a King.

In better news, Sigourney Weaver and her Alien cast-mates are back to provide voices to the Alien: Isolation, the videogame in which you get to play as Ellen Ripley’s daughter, Amanda, and fight xenomorphs just like her mum! Actually she and Harry Dean-Stanton (Brett)Tom Skerritt (Dallas), Yaphet Kotto (Parker), and Veronica Cartwright (Lambert), will be in the pre-order DLC “Last Survivor”. Sadly, no Ian Holm, guess just a sound-alike. 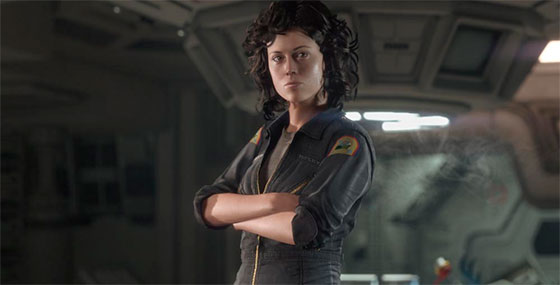