Greetings, my fellow geeks! There are lots of new stuff this week, and the very last ones are San Diego Comic-Con (SDCC) related because it’s so close, and I am not ready for the news! Oh yeah, that’s a MCU reference. Here’s how the week started!

Here’s a long article about Martin Freeman and his film, TV and stage work… where he compares Richard III with Gollum because why not~

I’ve just been rehearsing a scene where Richard is having a little diatribe to himself, where his schizophrenic personality comes out. And it’s absolutely Gollum, it’s totally Gollum. It’s like Shakespeare invented Gollum 400 years ago.

And because there hasn’t been a list here in a while, here’s one about “surprise TV hits”. Here’s what we thought we would get with Sherlock, Hannibal, Fargo, Spartacus (sob!), etc; and the awesome stuff we got! Yeah, I have watched all of these shows except for The Good Wife, and I mostly agree with the list~

Star Wars: Episode VII has announced two more cast members! And they were selected from the open casting call! And they are very pretty! They guy’s Pip Andersen, and he does parkour which means he is a street ninja, and he showed his skills in a Spider-Man ad. The gal is Crystal Clarke, and she has both stage and screen acting experience and will be seen in her first feature, The Moon and the Sun (to be released in 2015). 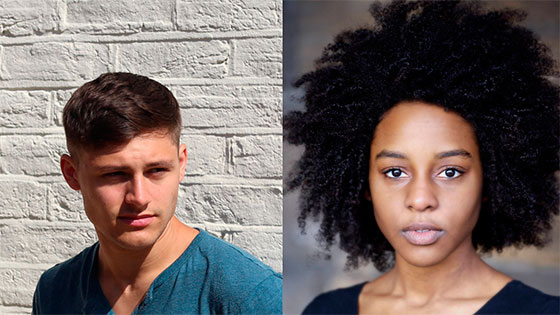 … you know what this means? Now we have three POC and more women in the main cast!

And keeping with the theme, here’s Kevin Smith’s impressions about his Star Wars: Episode VII set visit, where he was personally invited by J.J. Abrams. It is apparently very awesome… Lucky bastard!

So we go to the set and they’re actually shooting, and they’re shooting — and this is what I can’t tell you what they were shooting — but what I saw I absolutely loved. It was tactile, it wasn’t a series of f—ing green- and bluescreens in which later on digital characters would be added. It was there, it was happening.

We are going to get a X-Men: Days Of Future Past director’s cut… or so a twitter exchange between a fan and producer Lauren Shuler Donner implied! I guess this means we will get those cut Rogue scenes! And if what I read about those scenes is correct, it will be a slightly different movie altogether. We’ll see!

So James Gunn finally completed his work on Guardians of the Galaxy, which is good since we are just a couple of weeks away~ He still has lots of feels and poured them on facebook~

I couldn’t be feeling more gratitude and love for all the people who have helped create this film. However the audiences take it, there’s not a single dishonest or impure bone in Guardians’ cinematic body – and that’s a hell of a thing for a spectacle film of this size with so many people involved. Best experience of my life. Thank you all.

We also got tons of new pics! Courtesy of both Marvel and Empire Magazine~ 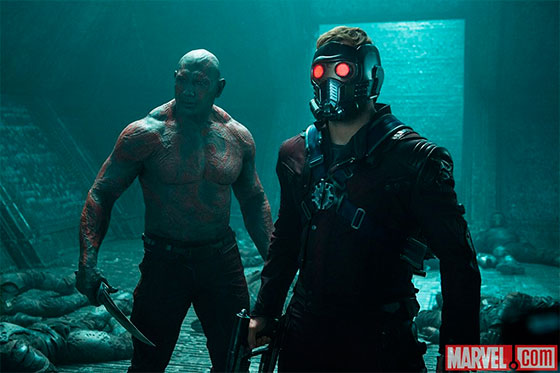 And here’s the reaction (and description) of the 17-minute preview some lucky bastards got to see! Plus some first impressions on the guardians themselves! Obviously, there be spoilers!

Also, look at this beautiful extended look of Guardians of the Galaxy. Now with 12% more Avengers references!

On different news, Penny Dreadful will make its SDCC debut! Yay! The panel will be on Thursday! There will also be autograph signing, and merchandising deluxe hardcover editions of the classic novels that inspired the series! Yup, The Penny Dreadful Collection will include Mary Shelley’s Frankenstein, Bram Stoker’s Dracula, and Oscar Wilde’s The Picture of Dorian Gray.