So, I ended up completely forgetting about my own award show earlier this year after tallying up all the nominees, but I figured I should probably go ahead and put up the super fun results anyway. In case you’ve already forgotten, which you probably have, here are all of the nominees. Thanks a ton to everyone who voted this year! 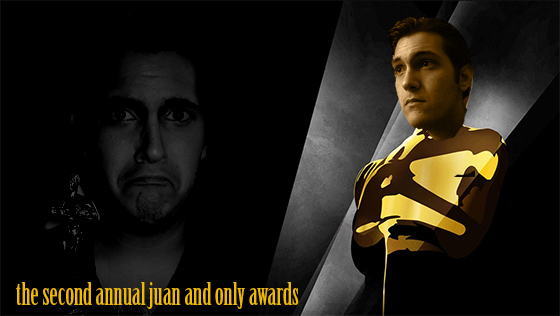 Here are the winners of the second annual Juan and Only Awards!

My good friend Derek came up with this interesting little category and I think it deserves to go first. It’s essentially a list compiled of some of my favorite films of the year that weren’t nominated for a single category. 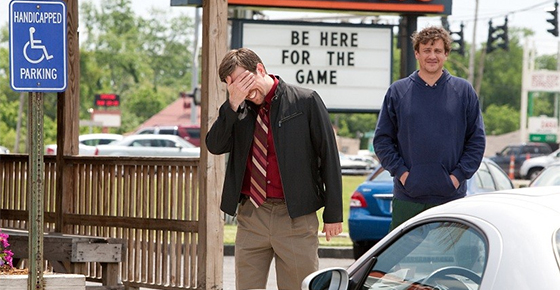 The voters didn’t have much of a hard time with this one and there were two clear front-runners throughout the voting. I don’t think anyone is ever really surprised to see Quentin Tarantino’s soundtrack selections on a best soundtrack list, so the winner here is a pretty predictable one.

This little category provided plenty of different options for the voters, and it’s one of the few categories where every single nominee received at least one vote. It’s also one of the few TIES of the awards this year, which is a nice surprise. Considering there’s a tie, there won’t be any runner-up for this category. One is an incredibly charming little piece that closed a film and started an international dance craze and the other opened one of the most popular series’ around.

I’ll honestly say I’ve listened to a fair amount of the nominated scores this year over and over again, but a few stood out to me more than others. I would have been glad if any of them won this award, but there was one clear winner, and it was one that was completely snubbed this year at the Oscars.

This was one of the new categories we decided to throw in this year just because of the fact that I wanted to throw around some more fun nominations to movies I liked. There was a clear front runner here and it actually didn’t surprise me one bit. 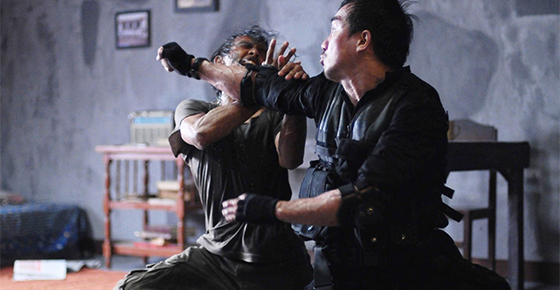 Another category that managed to get a tie winner! I always expect a front-runner in this category depending on whatever film is the most popular, but I was actually really pleased to see both of the films winning here tonight. One is about music and the other is about something genuinely important that everyone should be aware of, so it’s a nice mix.

WINNER 2: Shut Up and Play the Hits

MORE WINNERS AFTER THIS COMMERCIAL BREAK