I was finally able to slow things down a bit on Friday. I only saw a couple of shows – I’d been running raged all week.
I caught Love X Stereo at The Rooftop on 6th Street for one of their unofficial shows – and it was a great set. I love when bands perform at their peak, even if the audience is as large as one might think it should be. Love X Stereo were just as energetic and mesmerizing at this show as they were the night before surrounded by fans.

Later that evening I headed down to Stephen F’s Bar to catch a singer-songwriter showcase. I was glad I got there early, because I was able to see Lovely Quinces perform. Lovely is a delightful Croatian singer who’s powerful on-stage presence and equally strong vocals set her apart from the crowd.

Big Phony had a great set that night, and decidedly better than the previous night where he wasn’t sandwiched between two powerful and very stylistically different acts. Here, Big Phony was in his musical element – low key setting and a smaller, calmer audience. The audience reacted well to his sound – even going as far as trying to help him whistle during one of his tunes. As usual, his charm and wit won over everyone in the house.

Highlight of the Day: 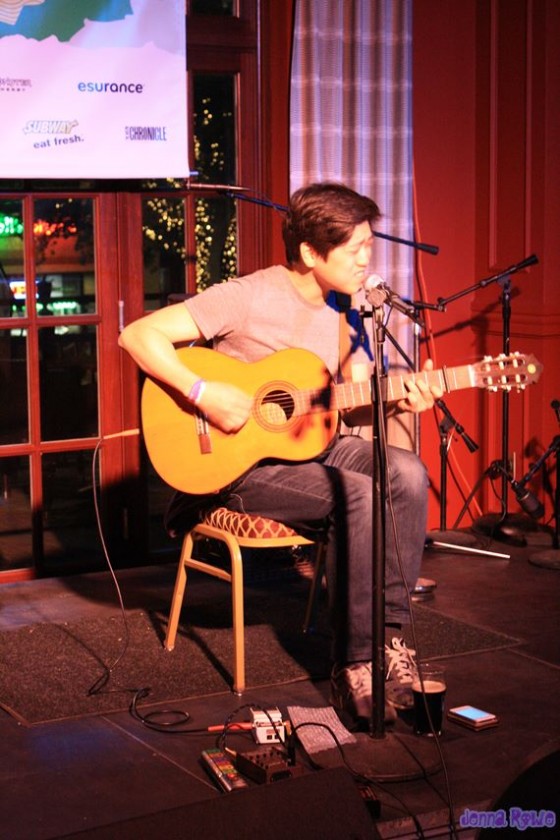 Big Phony was in his groove this night. (Much as he may think otherwise.) Once he gets himself that new guitar, he’ll be sitting pretty.