Day three had a decidedly somber start. The night before a drunk driver crashed into the crowd outside one of the busiest venues in downtown Austin – killing 2 and injuring more than 20 others. It caused many to pause that morning and also increased the police presence in town.
But, as was clear by about mid-afternoon, the show must go on, and people were back out in full force taking in the music festival.

After an interview with Hollow Jan at mid-day, I biked down to Hotel Vegas to check out Jambinai again. I was very glad to see them out amongst a more neutral crowd in order to gauge the reaction of music fans not biased towards Korean music. I didn’t expect to be standing behind Sean Lennon who went on to instagram them, and I was happy to see they got a very positive reaction from the audience. 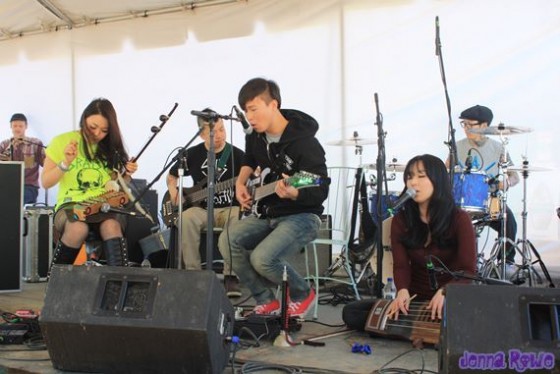 Then that evening was the SeoulSonic Showcase at Icenhaur’s. It was a great night with a line-up of Smacksoft, Big Phony, Glen Check, Rock ‘N Roll Radio, Love X Stereo and No Brain.

Smacksoft started the show, and pulled in lots of people off the streets with their ethereal, magnetic sound. After that, Big Phony charmed the audience with his somber, yet poignant songs. Glen Check was the fan favorite, and got the crowd jumping (literally.) Rock ‘N Roll Radio got feet tapping and people to just Shut Up & Dance.

Love X Stereo presented the crowd with great beats and Annie pulled them in with her kinetic energy. But the real show stealers were No Brain. With energy to burn, plenty of fan favorite songs to pick from, and an audience that was more than willing to participate No Brain put on one hell of a show (even in their 40 minute time limit.) There’s a reason they’re one of the most popular bands in Korea – they’re just fun to watch.

Highlight of the Day: Jambinai & No Brain. 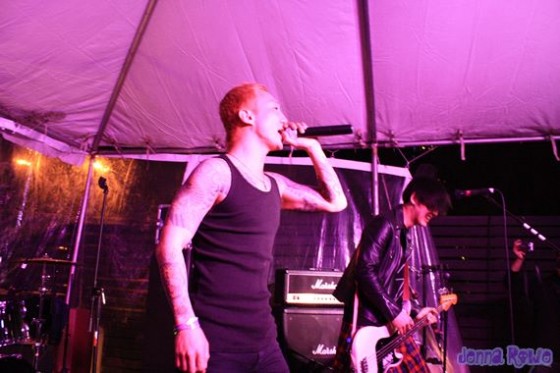 Seeing Jambinai out in the mix of things and still wowing crowds made me excessively happy. But No Brain was so charismatic that I just had the best time watching them perform.