Savoring the Vision of Cloud Atlas

Though Cloud Atlas had made my list of 12 Movies that Marked my 2012, I hadn’t actually seen it on the big screen. Considering it was a pretty risk to even make it, let alone bring it all the way down to Peru, I really had no faith in distributors to actually bring it my way until I learned a couple of weeks back that Gussi Cinema ArteCinema was bringing it. I just had to wait a couple of days to actually watch it, crossing my fingers the movie would be able to stay on cinemas for more than a week. 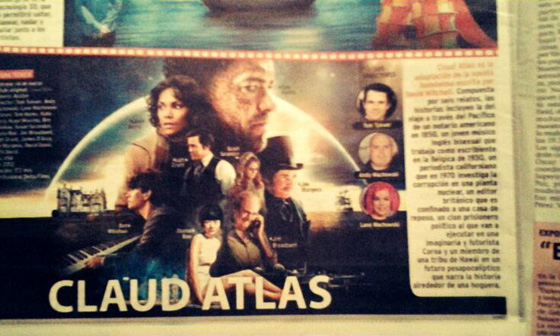 “Claud” Atlas typo aside, I really got excited when I saw this on the newspaper.

And I finally did. It was glorious. To actually be able to see Doona Bae on the big screen like you’re supposed to, it wasn’t something I had been able to do while watching Linda Linda Linda, Take Care of my Cat or Air Doll. It had been always a confined experience. But to be able to see her face, the details of the tears forming as Sonmi realized what her life was and how Hae Joo had fallen. It was an experience to witness Bae this way. 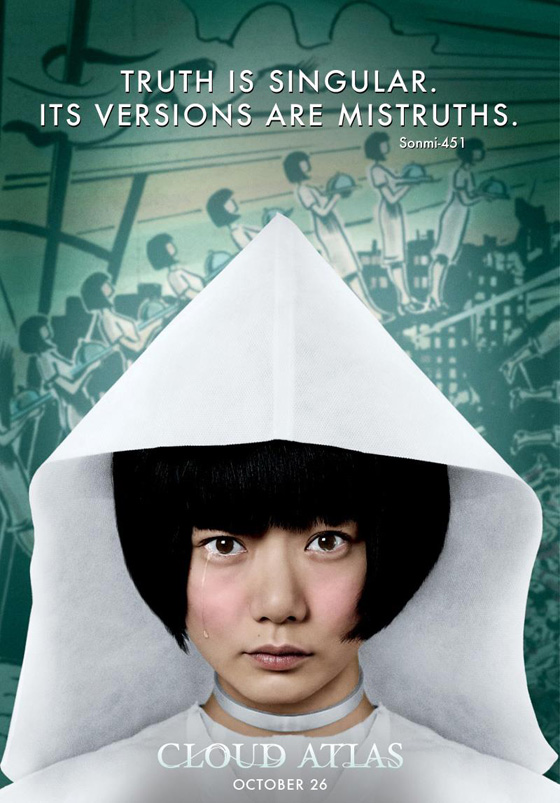 Doona Bae’s tearing up ability is so great, they even use it on the poster yo!

Of course, that as a fan is more than worth it. However, Cloud Atlas was so much more than just my love for Doona Bae [1]. Despite its flaws — the iffy yellowface makeup and the questionable race-changing makeup in most, if not all, the characters — it all gets a little too distracting at times, but I cannot deny the ambition in such a project. Before its release, I had tried to read David Mitchell’s Cloud Atlas but I couldn’t go through it. I really don’t know the reason, but I couldn’t pass the 20th page. I found it dense and complicated, which does kind of reflect my experience with the film. The first time I sat through it, I felt I didn’t quite grasp it all. I understood the basic concepts of people and their past lives, the idea of karma and reincarnation. I understood what I was sitting through, but there was always a part of me that knew this wasn’t a movie to understand on first view.