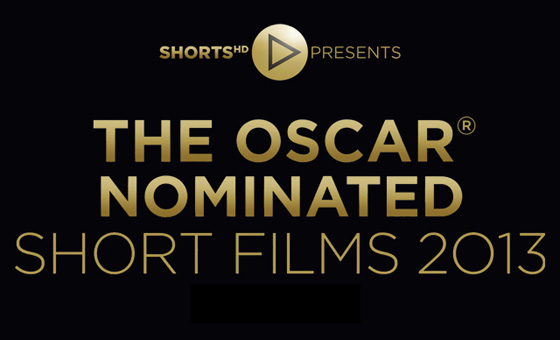 The animation program lasts for 88 minutes and includes some non-nominated films as well. The nominated films featured are: Adam & Dog by Minkyu Lee, which tells the story of a dog who meets up with Adam and Eve in Eden just before their fall. While this feature is really beautiful, I wish it had a little more to say for itself. Few found connection to the world. While Fresh Guacamole by PES  was a great piece of stop-motion, though it doesn’t really have anything to say either.

Head Over Heels by Timothy Reckart is also a stop-motion piece, a wonderful look at an old married couple who have found themselves so drifted apart that one lives on the ceiling while the other on the ground floor. Fans of The Simpsons will enjoy a light, and surprising short, considering its title with Maggie Simpson, in The Simpsons: The Longest Daycare by David Silverman. And Disney’s Paperman byJohn Kahrs, which combines hand-drawn animation with CGI in a touching short that muses on the humdrum of everyday life and the chances one will take to find the love of their life.