My Kdrama Obsession: The Moon That Embraces The Sun

This post is about three weeks too late. Damn my work as well as daily life. I have wanted to rant about this drama since it came out, but I haven’t found the time. But as I promised myself, this year is all about being more effective and productive with my writing. So albeit late, here it is! 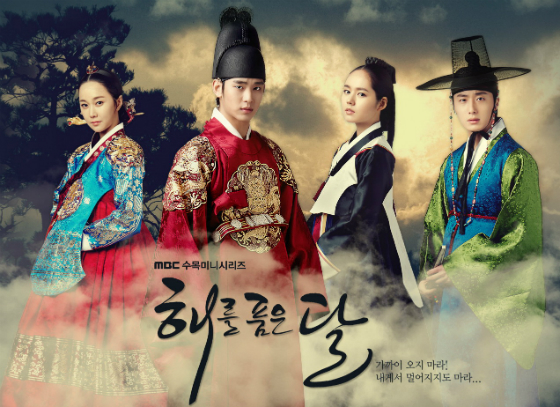 Perhaps me having to wait with this post is a positive thing. See my friends, this is my Kdrama crack of the season. I don’t know what it is with me and the winter drama season. I always find that one drama that makes me go bananas. 2010 it was all about Secret Garden, 2011 it was Dream High and this year, this year I have this drama. When I mean crack, I mean it as in I count down the hours until the next episode, I wish for time to go faster, I am depressed in the days following up to the next installment. When the drama is finally in my hands, I savor it like a thirsty man in a desert. I behave like a junkie.

The problem is that I have been raving mad about this drama since its production was announced. That was a few months back. Since then, it’s been one major countdown to the premiere. So I have been behaving extra crazy with each episode seeing as I’ve had months to stew… Much of my spazz about this drama has everything to do with Kim Soo Hyun, whom I fell in love in Dream High. Where can I even begin to explain how amazing he was as Song Sam Dong? From the acting, to the dancing, to the singing(!) Soo Hyun was amazing. It was really a moment when you see someone so talented and you feel that talent pour through the screen. Anyway, I am getting ahead of myself here.