My Kdrama Obsession: How The Mighty Fall

Talking about him, The Moon That Embraces The Sun has managed to drive itself into a rut. The need to swear from my part is very strong right about now. The plot has just been circling around the same issues (Will the king bed his queen? Will the king find out the truth about his true love…?) and it feels like we are not progressing anywhere! Episodes 13 and 14 are being aired this week. That means that we have six more episodes to come to a conclusion. But! The biggest issue hasn’t come to light yet. Does this mean that the ending will be rushed? Or will they add two more episodes to the drama? 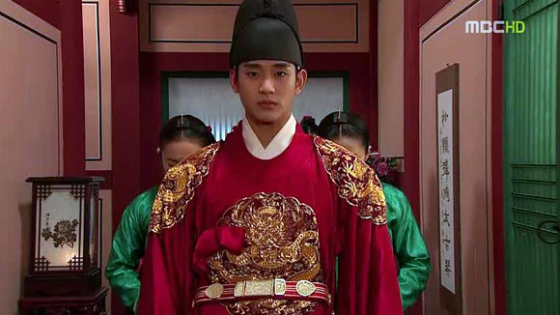 What frustrates me the most in The Moon That Embraces The Sun is Han Ga In — she is just not doing it for me in this. She is hardly doing anything! The little girl who played her, Kim Yoo Jung, was so much better and charismatic. I am aware that the character of Hae Yeom Woo/Wol has lost her memory so she is, of course, not the same as she was before. Issue is, Kim Yoo Jung made Yeom Woo so strong, she was determined, clever and wise. Han Ga In just stares and looks like a deer caught in headlights.

Also, as much as I love Kim Hyun Soo (he can do no wrong, dammit!), he needs something more to chew on. His character, Lee Hwon, is just waltzing around instead of being more proactive. There are loads of corrupt officials to expose and a huge mystery to solve!

At least, I am happy that Jung Il Wo is progressing with his character. I still think that he is wrong in the role of Prince Yangmyun, but he is adding the angst and longing that make you root for him.

I guess I shall see after these two episodes. Hopefully we will get the story rolling a little more.

In all this frustration, I am so happy for Shut Up: Flower Boy Band. What a gem of a drama! I wasn’t putting my hopes high for it, but dammit if tvN has managed to make one great drama. This is now becoming my Kdrama crack of the season. Excuse me, but the boys of the band are so freaking adorable with their bromance. It’s like, I want to squish them for being so cute. Also, the acting is out of this world good. I am a bit taken aback with L (Kim Myung Soo). He is an idol and part of the group Infinite. He is a very charismatic guy with a great face, but the acting in this drama? It wouldn’t surprise me if he won some awards by the end of the year. Other great performances come from Kwon Ji Hyuk (as boy band leader, Sung Joon), so strong yet so vulnerable, so charismatic yet so humble (sighs). Even the newcomer to the acting world, Jo Boa (this is her first acting role ever), is doing a formidable job. There’s really nothing to complain about this drama, just loads to love. 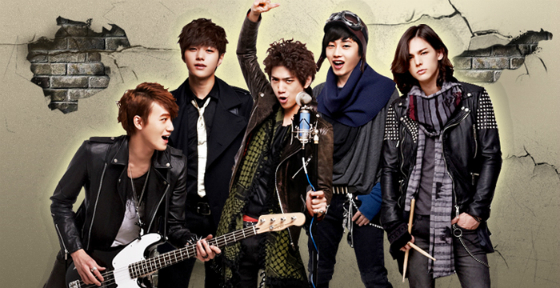 That is it from me for last week as well as this one. I have other stuff to write so I will be working on that. I will be back next week. Perhaps a miracle will occur with Dream High 2 and their writer will stick to one story (at the moment the plot is all over the place), perhaps The Moon That Embraces The Sun will stop being so slow (I get that they are staying true to the historical premises, but come on!!) and perhaps Shut Up: Flower Boy Band will continue to be as awesome if even more awesome?