MY GOSH~ Easter Week is Boring! 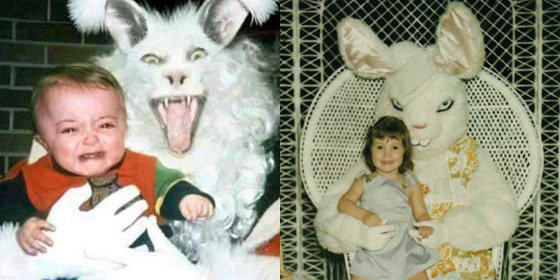 Because I was raised in a predominantly Catholic country, my Easter week never usually revolved around the Easter Bunny or Easter Eggs, though I remember getting one or two big chocolate eggs during my childhood. But above all, Easter Week for me are about these things:

Due to belief, we aren’t supposed to eat red meat — which I love. We needed to keep the music low as to not offend believers, ironic considering how offensive some of them are. However, the worst of all were the continuous religious movies. Especially when there was no cable around. It seems like network television loved to dust off all their religious catalog for the day and not broadcast anything else.

Moreover, it’s not like they can keep renovating their religious catalog when Hollywood has already stopped Bible story adaptations because — let’s be honest — there are much better written books to adapt to screen. In fact, people were lucky to get The Passion of the Christ. I know a LOT of people hated the movie, but it’s a pretty accurate depiction of what the actual crucifixion was — no sugar-coating or anything.

You may not like Mel Gibson — who he is, what he stands for and what he thinks — but I’m pretty sure there are obvious cinematic qualities to the project, aside from the fact that it was shot in pretty much dead tongues.

But it isn’t like one can actually watch that movie more than a couple of times before it’s just too much to take in, so in the end I’m left with Discovery Channel or History Channel stuff about the event. Seriously? It’s not like we get Ramadan specials or Buddhist festival specials on television when it’s that time of year. Why does Catholicism have to hog all television?

What do you usually do for Easter Week?

Are you a practicing Catholic?

What are your Easter memories?