Thursday saw soooo many releases it was hard to keep up with all of them. Firstly, we get the news that Jack White is releasing The Great Gatsby OST on actual gold and platinum discs. It’s going to be a limited edition release, so if you’re interested in a little piece of overwhelming opulence, you best get over to Third Man Records and get your hands on it [1]. 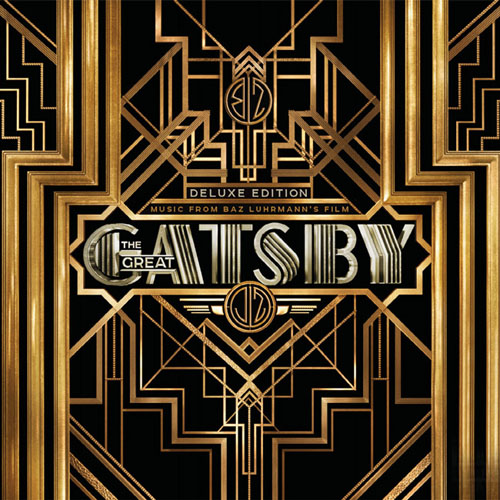 Speaking of soundtracks, BBC6 released a sneak preview of the King Kong Musical by 3D from the group Massive Attack, Gus Garvey, and The Avalanches. It’s rather… I mean, I know the word “epic” has worn out its welcome, but sometimes no other word really sums it up… extraordinary, perhaps? Grandiose? Whatever… it’s a very large piece of music, I guess that makes sense considering the subject matter [1].

Then MTV Iggy gives us the video for Calvin Harris and Ellie Goulding’s I Need Your Love, a very upbeat electropop tune that seems to express the ebullience of new love [MV]. Cute video for an otherwise kind of annoying song, sorry to say… HaHa. Then Paste Magazine shares with us the video for Telekinesis’s Empathetic People [MV]. Truth be told, I came across this simply because of the band’s name and the song title. I mean, a band called Telekinesis with a song about empaths? Yeah… that’s where my head went…

There were a couple interviews done with artists I truly admire. Firstly, one of my favorite singers and performers from the 90s, Dionne Farris, did an interview with iRock Jazz Magazine [read all of the interview here]. She talks about her earliest memories in music, her group Onyx, and her stint as the lead in the stage production of Annie and Jay-Z perhaps taking the reins of the production:

That’s interesting because I knew Jay around that time. We were introduced through a mutual friend and she told him that I was in Annie, and told him all about the show. We sat and talked in her apartment one time, and found out that we had the same birthday and stuff. So it’s very interesting that he’s putting it out. I think it’s great.

Then one of the most important artists in music today, Erykah Badu, does an interview with Kendrick Lamar for Interview Magazine. As you can imagine, Badu’s line of questioning is both refreshing and revealing, going as in depth as to ask Lamar how his universe has shifted since he skyrocketed to public acclaim and scrutiny:

It’s got its pros and cons. I still know who I am and I haven’t let everything consume me. But on the other end, I have to know when I’m me—when I go out in public, to the person that sees me on TV and has a conception of who I am. That’s the only catch. That’s the flip side to it. But I think whatever pressure I feel all comes from me, from within.

You can read the whole interview here.

Then the most… misleading news of the day: vocalist Jenna Andrews releases her… sextape… wait. Actually, it’s her latest EP entitled Sextape, a 5-track mini-album that includes covers of Usher’s Climax and Jeremih’s Birthday Sex. So… yeah, seems there’s a theme here. But the headline was just too much to pass up. Besides, who doesn’t like a good bit of sexy to end their Thursday [1]?

But the news that got me all excited and full of squee was this bit from Molly Ringwald. That’s right, you heard me. The Brat Pack alumnus comes back with her own bit of music. It’s classy, sophisticated, grown people jazz. And, man! Am I the only one surprised by this woman’s voice? It’s just… it’s pretty much everything for me!