Friday saw more covers coming out of the woodworks. This must’ve just been the week for it, yes? This one came from vocalist Kendra Morris. She took on the Radiohead classic Karma Police [1]. The song is to be part of her album Mockingbird, which will be released July 30.

There was a great deal of noise coming from the Kpop world today. But the most important for me was G-Dragon releasing the LP of his first world tour [1]. 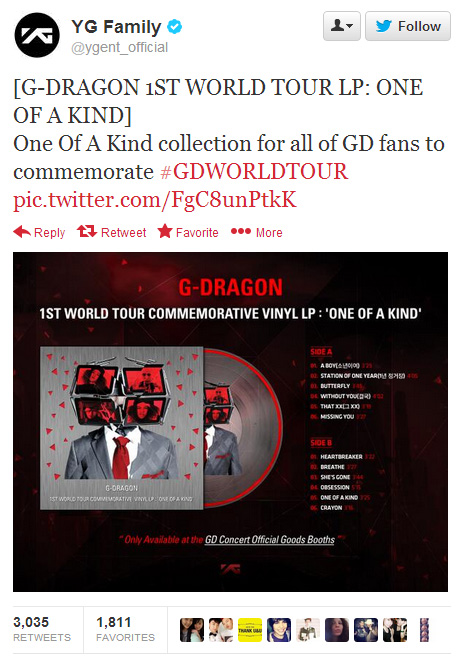 And again with more gifts and fun times, those psychopaths at Odd Future tweeted the download link to The Jet Age Of Tomorrow – The JellyFish Mentality [1]. These artists are just all about giving big love to their fans, and I’m personally touched and honored: 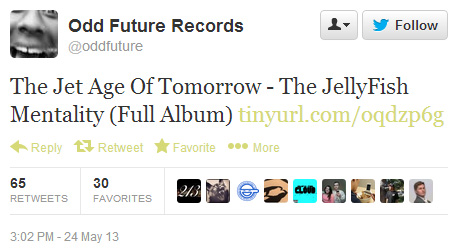 The new loves of my life, trio KING, were kind enough to stop by KPKF in LA last week. This week Soul Bounce extended even more kindness by bringing us another cut from that in-studio performance. And just as last week’s, this was completely gorgeous. This time we get their live version of song Hey:

Primal Scream visited Rolling Stone studio to preview track It’s Alright, It’s OK from their upcoming album More Light [1].  And in some news that will make our very own Adrienne Lew excited, Muse announced they will perform at the London premier of World War Z [1]. Said Paramount Pictures president Randy Spendlove, “It made the movie feel and sound really cool.” That, of course, isn’t too hard to believe. But I love how that’s the official explanation of the band’s presence on the film’s soundtrack.