Fader shared the collabo between Earl Sweatshirt and Mac Miller. Guild was described by Stereogum as “a clinic in blunted rappity-rap, with Earl and Mac, their voices distorted and pitched down, going in over a twinkling and low-key beat.” I’d say that sounds about right. Listen to the track here.

Paul McCartney publicly comes out in support of Pussy Riot, the feminist punk rock group from Moscow that directly contradicts and fights against everything the Russian government stands for. Last August the group was sentenced to two years imprisonment without bail (since then member Yekaterina Samutsevich has been released on probation). In statement written by the legend:

In the great tradition of fair-mindedness which the Russian people (many of whom are my friends) are famous for, I believe that you granting this request would send a very positive message to all the people who have followed this case. (Read more here)

Maria Alyokhina has been denied parole despite the support of many, including McCartney.

And now for the second installment of Björk’s video diary of her Biophilila tour. This time she posts from Sacramento.

Speaking of the almighty BSB, member Nick Carter has decided to release his autobiography… excuse me… memoir. Entitled Facing The Music: And Living To Talk About It, the book doubles as an autobiography and a self-help book. *siiigh* Forgive me if I’m not quite sure how to react to this… other than a bit of side eyes. Sorry, Nick. You weren’t my favorite to begin with, and I just… I don’t know… attention-whoring… not a good look. But, if you want more information on the release, read it here.

In news that gives me less of a need to dramatically roll my eyes, Chance The Rapper will be joining Macklemore in Europe for his tour:

We’re very happy to announce that @chancetherapper will be joining us on our Fall European tour!! macklemore.com/shows

But in a bit of alarming news, Aretha Franklin has cancelled tour dates in June due to illness [1]. It’s alarming news because a few years ago she was forced to pull out of concert dates due to the removal of a tumor. Every time I hear news about the Queen of Soul having to undergo any sort of procedure I get a bit nervous. There’s nothing quite like sitting on pins and needles as one of the most influential artists in music history tries to pull through an illness. She is getting up there in age and she’s had a history of health problems. It’s just always hard to have to see your influences start to fall away one by one.

Meanwhile, MBLAQ announces the release of their next mini-album, titled Sexy Beat [1]. According to AllKpop, the group has leaked the tracklist and release date of the EP (June 4). But let’s just bask in how pretty these boys are for a second… shall we? 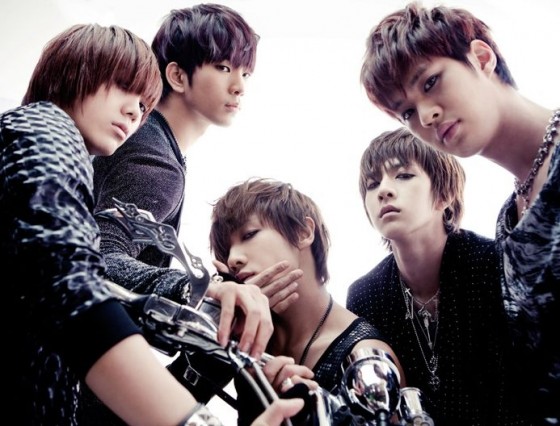