I’m sure everyone is totally excited for the Juan-And-Only Awards (yes I’m insane enough to create my own crazy fake award show that will probably never see the light of day). But for now let’s go over some of the crazy superlatives I’ve come up with for 2011. Much like the lists of Amy and Ghost, I’ll be bringing up some interesting categories! A few best of and worst of and even some categories that you probably wouldn’t expect at all. Enjoy everybody!

I’m sure you can all guess the answer to this one. It’s Jessica Chastain. She’s perfect. Her face brings all the feelings into my life, her performances just get better and better with each film, and she is a bundle of joy in every interview I’ve seen her in. If you haven’t seen a single movie she’s in, go do it right now. I’m serious when I say she’s perfect, and if you don’t agree, you’re probably crazy (but still sort of entitled to your own opinion).

The award for this goes to Ryan Gosling for smashing someone’s head in just after kissing Carey Mulligan in slow motion while in an elevator in Drive. I was seriously just staring at my screen amazed at how appealing that entire scene was.

The winner of this grand title goes to the music documentary, Justin Bieber: Never Say Never. To quote the marvelous John Waters, “Wait until you see Justin stick his head into the audience and shake his hair in 3-D. I screamed.” 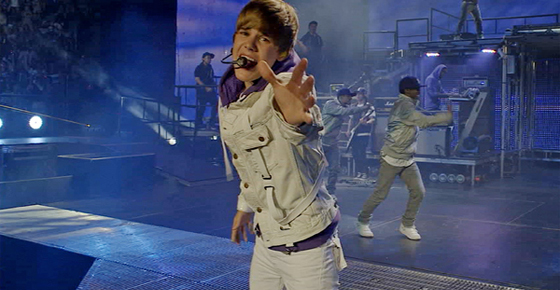 There haven’t been too many of these for the year, but I know exactly which one I’d say is best: Another Earth. Excellent writing, direction, acting, and even its minor use of special effects was just great. I loved every minute of it and I’d recommend it to anyone.

While the awesome subtitled dog Arthur in Beginners might seem like the top choice, this award goes to the fantastic horse Joey from War Horse, who might as well be scoring an Academy Award for his heartbreaking performance.

It is with a heavy heart that I say that Dario Argento has brought us the worst trailer of the year. A man who was once an excellent filmmaker is now the man who brings us something like the trailer Dracula 3D. To quote a friend of mine, “The praying mantis is the key moment in the trailer where it went from good to masterpiece.”

This is slightly premature as I haven’t heard every single score of the year, or even seen the movie just yet, but Trent Reznor and Atticus Ross’ music for The Girl With The Dragon Tattoo is pretty much three hours of sheer bliss.

This could have gone to Fassbender in Shame, but this one definitely goes to Ezra Miller in We Need To Talk About Kevin. There’s nothing like having your mom catch you jacking off and then continuing while staring into her eyes. Creepy. As. Fuck.

Every single thing that The Muppets did for advertising, especially the parody trailer or their own parody trailer. My personal favorite however: The Pig With The Froggy Tattoo.

Woody Allen’s films are usually full of colorful characters and great choices in actors for each role. Midnight in Paris is probably one of my favorites in this aspect. Full of both well and little known actors and actresses, the magical film takes us to the twenties and gives us a smashing performance from every single cast member in the movie.

MOST SHOCKING SERIES OF EVENTS

If there’s anything Almodóvar can do, it’s tell a story. In La Piel Que Habito, he does much more than that. It’s twisted, it’s beautiful, and it’s a damn masterpiece full of dark surprises that will leave almost anyone impressed.

I don’t want to admit this at all, but over the last few months, I’ve developed a major crush on this one dude who’s shown up in a bunch of movies this year. It all sort of started when I saw his face in Captain America and now my life is totally ruined, so this one’s for you, Chris Evans. You should continue taking your clothes off in movies. I really wanted to make out with you in What’s Your Number? the entire time I was watching. 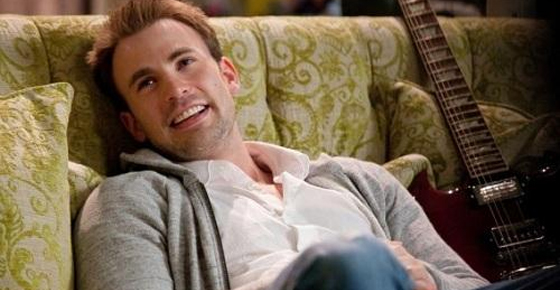 Okay, you got me. It’s not dirty at all. It’s actually just a little scene in Crazy, Stupid, Love. that involves Ryan Gosling and Emma Stone reenacting a fun dance move from one of my favorite movies, Dirty Dancing. I had the time of my life watching that moment and wishing that I was the lucky one in Ryan Gosling’s arms. Then again, I’ve been wishing I was in his arms since that important movie about his beard.

This is actually a really hard choice to make because there were a lot of these this year. It falls down to the only tie I’ll be making this year. Hugo gets this one for being one of the most pleasant surprises of the year, full of a ton of classic film history that one would have never expected from the trailer. Super 8 also wins this one because it really does capture all those childhood dreams of making a movie, while also being an extremely fun film that I loved every minute of.

You shouldn’t even be wondering what I’m choosing for this, it’s really obvious. The Red Band trailer for Steve McQueen’s Shame, which edits together over a dozen clips of Michael Fassbender having sex with women, is a clear winner for this category. However, I personally prefer the second trailer released for the movie with Carey Mulligan singing ‘New York, New York’ and Michael Fassbender giving me a boner by whispering one single word, “Slowly.”