Journey of a Cassie Part 5 – A Capella

Hello, my lovely — albeit heinously dysfunctional — Cassie family. I’ve returned to attempt to weave my way through the helter-skelter that has become my life since I took the proverbial plunge into fandom. Let’s not guild the lily any further and just jump right into it.

Most of you who’ve had a passing interest in my newbie spazzing well know that my love for the group came from their voices. It’s not simply the fact that every member has a very distinct tone and quality to his voice. What they do vocally goes beyond simple pop group, boy band fodder into something very profound, something that I think gets lost in the madness of what I’m dubbing “oppa worship”, OTPs, and unimaginable craziness that surrounds this Hallyu phenomenon. 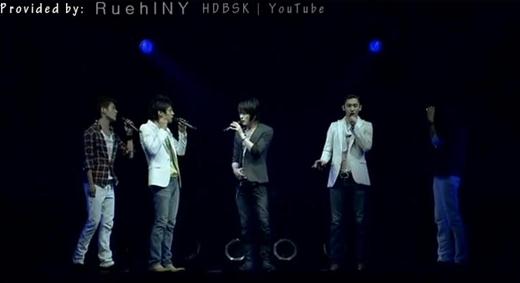 This blog is actually about something that happened to me this morning. After a bit of work, I was just browsing through some YouTube videos and came across this. Needless to say, I was no more good. After having listened to a video meant to highlight Jaejoong’s vocal prowess, I was bombarded with irrational… what is it… FEELINGS!

Being emotionally compromised and unable to focus properly, I walked to work and started reflecting on what it was that separated DBSK from milieu pop acts not only in South Korea, but all over the world. Sure, their initial steps into stardom in Japan were cliché at best. Their first costumes were… let’s just not even… no. But one thing that always seemed to set them apart from their peers was their elegant ability to vocalize together. It’s more than just being able to sing well. These kids seemingly had ears intrinsically in tune with one another. They were able to create harmonies that rivaled traditional a capella groups.