Idol Prejudice and How Hebe Surprised Us All

Instead of a popular dance pop album that might have been influenced by electropop or something commercial like R&B or even rock, Hebe came up with an album that most resembles the Taiwan indie folk scene. Instead of cashing in on the pop market (and her popularity in S.H.E) and following the footsteps of Taiwanese pop divas Jolin Tsai and Elva Hsiao, Hebe moved towards the Cheer Chens of the music world.

She “wrote a musical letter to herself,” addressing herself, making her album a lot more introspective and mature — with songs such as the above, It’s OK to Be Lonely (寂寞寂寞就好) — than anything else she had ever done previously with her best pals on S.H.E — because they are truly friends. 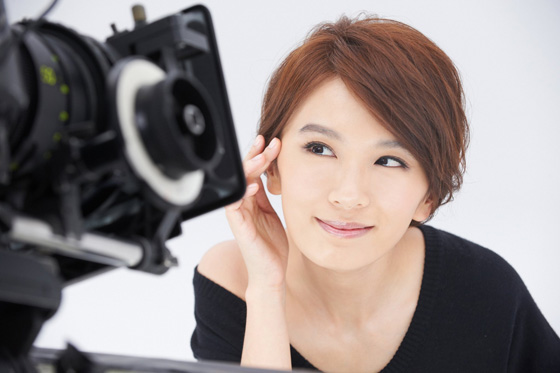 Despite the critical success of Hebe’s debut — To Hebe became one of the best releases of 2010 in Taiwan — she still found time to promote S.H.E’s 10th album, SHERO, and celebrate their 10th anniversary this year.

Fluffy pastel shoulders and all.

And as the girls celebrate ten years of being together, with Ella moving towards acting in television dramas [1] and Selina recuperating after the tragic on-set explosions [1], Hebe released her second album titled My Love, which continues her flirtation with Taiwanese indie folk. Fans (old and new) are already accustomed to her sound and image as a solo artist, but she still teaches us something:

To never judge a book by its cover.

Just check out her singles for My Love [MV], Give Me a Better Rival [MV], and her latest, Angel Devil (魔鬼中的天使).

Have you ever misjudged an artist that has ended up surprising you?