Idol Prejudice and How Hebe Surprised Us All

I can’t really be the only one, or the first one, to ever have doubted the talent of pop idols. To a lot of people, it must have happened when Justin Timberlake took a break from NSYNC — this is my Ross/Rachel moment, because they’re still supposed to be on a BREAK! LOL — and became the closest thing we’ve had to a Prince of Pop according to people.

But Justin Timberlake is an actor now, and I don’t want to talk about him.

I want to talk about Taiwan’s Hebe, from fun and sometimes happy-go-lucky girl group S.H.E. If you don’t know who S.H.E are, they’re a trio formed by Selina, Hebe and Ella — see what they did there? — back in 2001 — on the black omen day of September 11th. 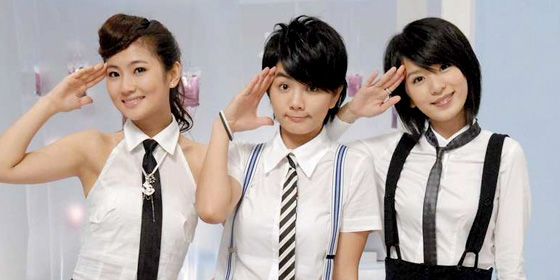 Though S.H.E, throughout the years, have come up with simple sugary pop tunes, sometimes leaning to the sad pop tunes or sometimes giving it a little spark of some pop rock or something else — like their hit Super Star [MV] — it’s easy to call them silly for videos such as What to Do (怎麼辦), or my favorite for being so funny, Excuse (藉口) [MV] — but you gotta know Jay Chou (1) to find it hilarious.

Please, stay with me after this video.

Are you still with me?

I was never a huge fan of the girls, but I liked Ella the best because she was so funny. I think a lot of people liked Ella for her personality, which managed to shine through music videos and performances (and photos). Selina was the sweet one with the fuller cheeks, and she seemed to be the one with the most collaborations outside of the group. Selina even collaborated with Leehom Wang (1) in the song You Are the Song in my Heart (你是我心內的一首歌) [MV].

But I never understood Hebe, so it was surprising to me that she was the first member, and the only one (?), that released albums as a solo artist. She marked her debut in 2010 with the aptly titled To Hebe, which turned out completely different to what anyone ever expected.