I hope you love all kinds of food because I’m about to talk about some that may divide people on whether or not they have culinary merits, just like when people feel divided on the artistic merits of pop music. 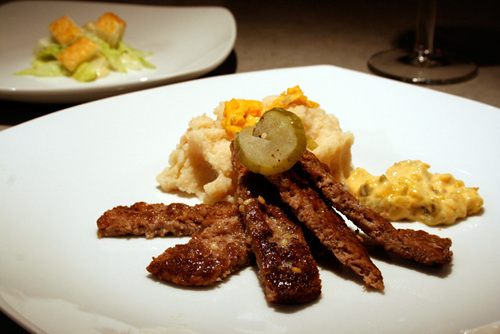 Hello there, fast food restaurants around the globe.

I suspect most visiting the site have at least gotten fast food once in their lifetime, just like we’ve heard at least one pop song in our lives. Whether you like the genre — or type of food — is irrelevant. It exists to be consumed. Fast food chains have populated the world and propagated almost everywhere where there are amounts of people. They sell tons of eatable junk and they make good business out of it.

Does that mean American fast food restaurants are better?

We can easily argue that fast food worldwide — home grown fast food restaurants that sprung up after American chains arrived in other places — are heavily influenced by American service and chains. But there’s nothing better than fast food that takes on a regional flavor. There’s even the incredible KFC story in China — Chinese KFC is like nothing you’ve ever tasted.

While McDonald’s restaurants in China mostly sell the same U.S.-style burgers, KFC’s menu features dishes that would be un- recognizable to its patrons in the U.S. Alongside the Colonel’s ”secret recipe” fried chicken, Chinese KFCs also offer options such as the Dragon Twister, a chicken wrap in a Peking duck-type sauce, and spicy tofu chicken rice based on the cuisine of Sichuan province, home of China’s hottest dishes.