Except for extreme YouTube cases like the Japan music industry’s issue with their videos [1], with the removal of fan YouTube accounts and videos taken down, as well as Japan’s latest attempt to upload short versions of their PVs (which I’m for, by the way).

A full length YinYueTai version is available, by the way.

I have a bone to pick with some of you fans.

I love the work and dedication many of you put into sharing your music passion, especially if that passion includes indie artists that we otherwise wouldn’t have heard of. But, PLEASE! Search the YouTube database before you upload a video you think no one else has uploaded before, and if you are re-uploading something that is already on the site, it’d better be in a better quality than the original upload.

I know the blog section on this website has been inundated with Kpop-related posts, but it’s the most clear example of hurtful re-uploads to the industry — disregarding what VEVO is doing with other official YouTube uploads in music from other countries.

I remember very clearly that when Brown Eyed Girls launched their spazztic Sixth Sense [MV], an hour or so later there were already other re-uploads of the video — in 1080HD and all. WHY? The video, at least for me living in one of the most web-inhospitable places where nothing is available, was easily available and there were no complaints from people about it being blocked in their countries.

In fact, Kpop has proved to be VERY open when it comes to web presence, and I’ve never run into a problem with the uploads of several major K-music players.

Which brings me to official video re-uploads.

For example, we can always count on LOEN Entertainment to have almost everyone’s uploads. But who do we click when Brown Eyed Girls’ official YouTube account uploads a video that LOENENT is also uploading? The same was happening with YGEntertainment and their uploads for BigBang and 2NE1, but thankfully, they seem to have gotten the idea.

And that’s not even counting official uploads of Korean music videos on their Taiwanese distributors’ channels. Though, at least they’ve had the decency to upload some or most of the songs with subtitles, which give those music re-uploads another purpose. But even then, they take so long to subtitle a song that fansub groups put them to shame.

In the end, please~

One official music video upload with no region restrictions will suffice.

Please, fans, don’t re-upload videos because those few thousand views your upload takes are a few thousand that the official upload video could have gotten. We know you want to share your music taste with your YouTube contacts and other friends, but please just use a YouTube bulletin. 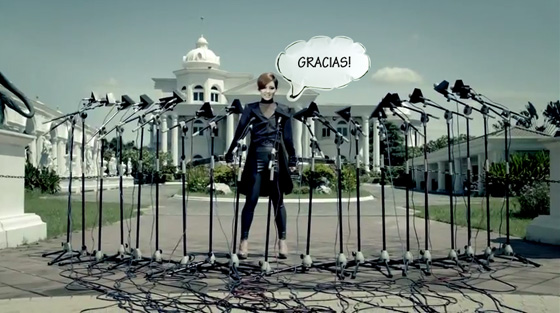