While Hannibal’s second season gradually pissed me off, and I was more into True Detective for the mystery and mythos than the man-pain, other programs met or exceeded my expectations in 2014.

While Eva Green’s portrayal of Vanessa Ives is the most compelling aspect of the show, and Caliban (Rory Kinnear) eventually became too petulant to pity, the plot surrounding Victor Frankenstein (Harry Treadaway) from this and the previous episode mesmerized me. I could not stop thinking about these lines:

Eventually I learnt words. Your beloved volumes of poetry were my primers. From your penciled notations I learnt that you favoured Wordsworth and the old Romantics. No wonder you fled from me. I am not a creation of the antique pastoral world. I am modernity personified. Did you not know that’s what you were creating? The modern age. Did you really imagine that your modern creation would hold to the values of Keats and Wordsworth? We are men of iron and mechanisation now. We are steam engines and turbines. Were you really so naive to imagine that we’d see eternity in a daffodil? Who is the child, Frankenstein? Thee or me?
Penny Dreadful – 1×03 – Resurrection

Wildest Rollercoaster of Quality and Coincidence

In an alternate present where  robots with human voice and appearance –“hubots”– have served humans for decades, human and hubot opinions on coexistence will clash in and around one Swedish city. Äkta Människor does really well in integrating the underground movements of hubot independence and “Real Human” backlash into the depiction of everyday life amidst hubots. It has sly humor within the drama, and an engaging mix of characters that include a variety of women active in their stories.

Scenes featuring series breakout Anita (Lisette Pagler), a Korean-model hubot, also resonate by echoing real-life experiences of female Asian immigrants in Western countries. However, the black hubots Fred (David Lenneman) and Marylyn (Saunet Sparell) barely get to do anything character-wise, and the attraction of teenage boy Tobias (Kåre Hedebrant) to Anita appropriates “coming out” themes. For a show about exploitation and the legal status of existence, the writing only explores the effect of hubots upon the Swedish domestic workforce– never really touching upon its potential effects upon the export and migration of human labor.

I don’t know who I want to be in this world. It’s new to me. There are so many ways, and I have tried so few. But as long as I feel that I am free to stand up and leave this place whenever I want to, I can stay.

Best Non-Musical Kollektivet Sketches I Was Able to Understand 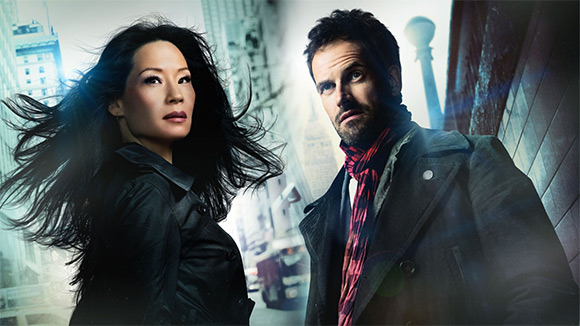 Though there were strong episodes, everything surrounding Mycroft (Rhys Ifans) in the past season became ridiculous. Yet the show returned to its key strengths and themes of  respect, recovery, and self-discovery with new episodes and cast addition Kitty Winter (Ophelia Lovibond).

Worst and Then Best Use of Flashbacks
Boardwalk Empire

… after horrible writing in episode 2.

While episode 5 also had a strong impact, and episode 1 was brilliant in casting younger versions of the characters, this was the most balanced episode to me. I laughed at the gallows humor of “Having a heart attack?” and wanted to wail and cry at “My name is Pietre. And my father wasn’t incredible.” This super-saturated extreme thriller will be missed, and though the series arrived full-circle thematically in its finale. I’d trade the planned David Fincher-Gillian Flynn HBO remake for a concluding third series.