You and I have had a tumultuous hit-and-run relationship for the past… 4 years, in which I’ve consumed sugary addictive single tracks and glossy music videos to feast my eyes with without ever having to actually pay for something — Thank you, YouTube [1]. However, I thought enough was enough and that if I ever wanted you to develop yourself seriously, I needed to support you monetarily.

Against my policy of one-track buys, I began buying your singles as they became available through iTunes. 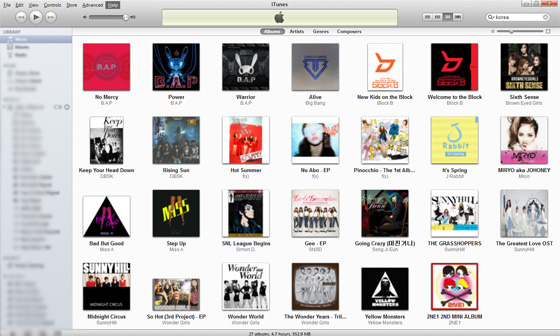 It seemed like a small step from me, but I thought I was fair to you by settling down with ease instead of imposing myself onto you. However, for this relationship to work, you have to give me something back.

I know your common relationship with fandom is through idols, but it’s not enough for me. I need more, I need you to show me that you care about your industry by also caring about your creative professionals behind the camera, the people behind the scenes, the people that fandoms don’t generally want to talk about. Now, listen. This is important~ a fan of a music video director is very likely to spend money buying music video director anthologies, just ask Michel Gondry [1][2], Spike Jonze [1] or Chris Cunningham [1] fans out there.

I’m sure Tom Breihan from Stereogum agrees with me that you guys would make our job of loving you much, MUCH easier if you decided to put just a simple credit telling us who directed a video. It doesn’t have to be anything complicated… just a simple:

Director: OOO (if you want to save on that “by”)

But, why, Korean music industry? WHY must you make it so difficult for us to find out who directed a music video? 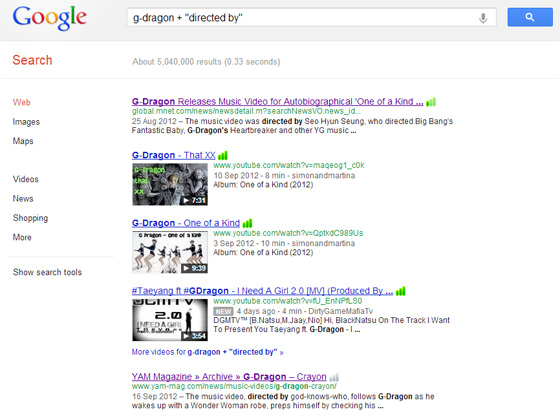 It’s been a month, A MONTH (!!!) since the release of G-Dragon’s That XX [MV], and I’ve yet to find the information with more than just a simple Google search for the term.

I want you to give this small step for me, for the sake of the fan that cares who did what and the hows. I won’t mind if you give me a Making Of that has nothing to do with making the music video, but is instead a video of the idol. I won’t mind it, as long as you give me a director’s name. I know not everyone can be a Cha Eun-Taek, Seo Hyun Seung, Han Samin, a Hwang Soo Ah, or a Zany Bros production, but directors need to build up somewhere.

I want you to show me the way… for this relationship to last.