Chris Evans as a Comic Book hero: the smartass and the leader 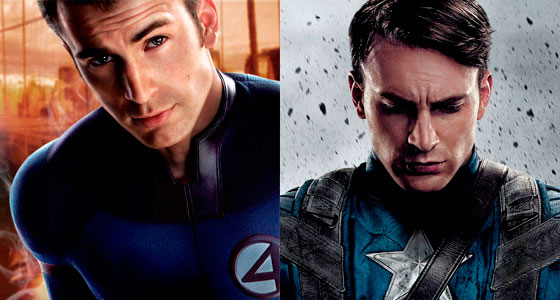 At Flights, Tights And Movie Nights, there’s a blogathon called ‘Comic Strip Double Dip’, which is about “actors who have appeared in more than one superhero or comic book movie as different roles”. I choose the most obvious choice of Chris Evans as both Johnny Storm in the Fantastic Four movies and Steve Rogers in Captain America: The First Avenger and The Avengers.

First thing first, I admit I never liked Chris Evans as much as I did when I saw him as Steve Rogers. And part of mi bias for the poor fellow came because of how cringe-worthy the Fantastic Four movies were. And because Evans came off as kind of a douchebag. Not that Johnny Storm is Prince Charming, but he is indeed a charming asshole. I didn’t find Evans as Johnny Storm charming at all. My impression when I saw that movie back in the day was that he was one of those dudebros you just wanna smack.

Steve Rogers is a totally different thing. You see, because of how terrible Fantastic Four was, I couldn’t image why they would want the same dude that was the Human Torch as all-around-awesome (if a bit stuck-up) Captain America. Boy, was I wrong. Evans didn’t only make me like his Steve Rogers, he made me like him.

Thing is, I have rewatched the Fantastic Four movies again since Captain America: The First Avengers premiered, and now Johnny Storm is not as annoying as before. The movies still gave me second-hand embarrassment at many parts, that hasn’t changed. But I find myself more tolerant of him and his smartass ways. Is it because I am older and I see him as a just a stupid kid young man? Is it because I can see the Evans who was Steve Rogers hidden there? 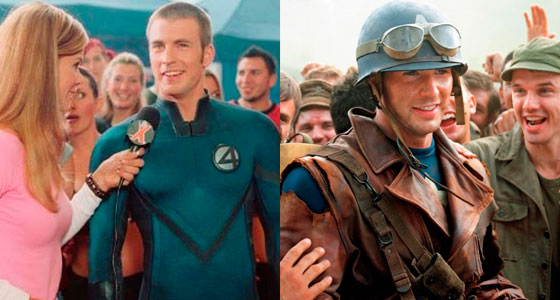 Personalities: In movie-verse, Johnny Storm is not a teenager. He’s a young man, already an astronaut, and it sorta makes sense since we shouldn’t be bringing kids to space missions. On the other hand, Evan’s Steve Rogers is at a correct age comic-wise… even if he himself is slightly older than Steve Rogers should be. Curiously, both of them jump at the chance to be heroes. The difference is that Johnny Storm, being a smartass, wanted to use his newly-acquired super-powers for heroing because it’ll get him chicks and money. Steve Rogers wanted to “fight bullies” even before he became human perfection. He got chosen to be Captain America because he was such a decent person. Man, Steven Rogers didn’t even think about using his Captain America status to get chicks even when they were throwing themselves at him. He was still so helpless with anything regarding women and sex. Fondue? Come on, Rogers! And did they even pay him when he was touring? He wasn’t doing soldier stuff technically. So, while Evan’s Steve Rogers can be a bit of wet blanket, he is more manageable and likeable than Evans’ Johnny Storm. I wonder what would happen if they could meet. Not the same, but I am imagining something like this. 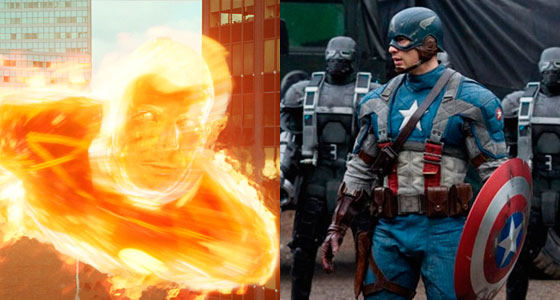 Powers/Abilities: Well, Johnny Storm wins this one. As physically perfect and master strategist Steve Rogers is supposed to be, he’s still basically human. Johnny Storm flies and turns into fire. The movie versions are not very different. One thing Steve has over Johnny is apparently being such a good person he inspires others to be better or want to be better.

Catchphrases: I’ve got to admit that while what happens after Johnny Storm says “Flame On!” is way more awesome, “Avengers Assemble” sounds more imperative. That’s also because Captain America is the freaking leader, and The Human Torch is the annoying little bro of the leader’s girlfriend/wife. And that brings us to…