2014 was definitely an incredible year in music. So incredible, in fact, there were probably around fifty albums that could’ve comprised a list of albums that all had an impact on me in one way or another. However, it’s best to limit one’s self when having to construct a list of albums that one can call “best.” This was probably one of the more difficult lists I’ve ever had to construct for YAM, simply because, yes, there were just too many to choose from. It seems everyone and thier mother was releasing incredible music last year. Add to that my newfound appreciation for K-pop, and there are quite literally too many albums in the pool. However, I did narrow it down to twenty-five that stood out from the rest. 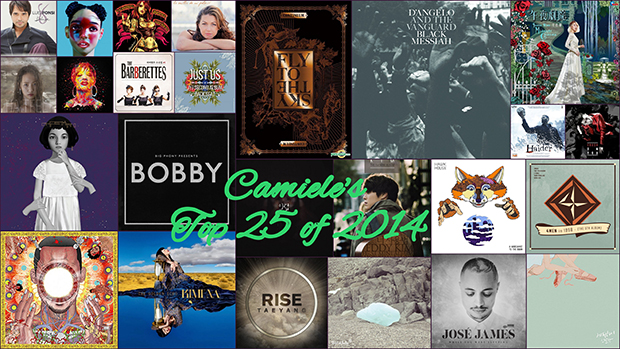 And now without much further ado, I give you My List.

It seems no matter how pure my intentions, there were just a few albums that landed right outside my list of favorites, but I couldn’t find it in my heart to exclude them completely.

The brother/sister pairing of AkMu surprised everyone with their debut album. It was fresh, bright, and a complete 180 from what YG Entertainment usually releases. With a mature folk-pop slant, the young siblings burst onto the overpopulated K-pop scene with something unique and refreshing.

Yes, antoher K-pop group. However, MBLAQ’s March release was easily one of the best “strictly K-pop” albums last year. An idol group that saw the departure of two of their key members at the end of last year, MBLAQ does tend to release some very stellar K-pop that is, unfortunately, way underappreciated. Of the two minis they released last year, this was the group’s most comprehensive.

One of my favorite albums a couple years ago was SingerSen’s The World in My Eyes. Well, 2014 brought Chinese crooner Stefanie Sun’s Kepler, a beautifully constructed album of acoustic and piano-led ballads [1] in a completely different tone and shade than SingerSen’s debut. It was a beautiful collection of emotive songs that given the right inspiration one could wrap herself in all day.