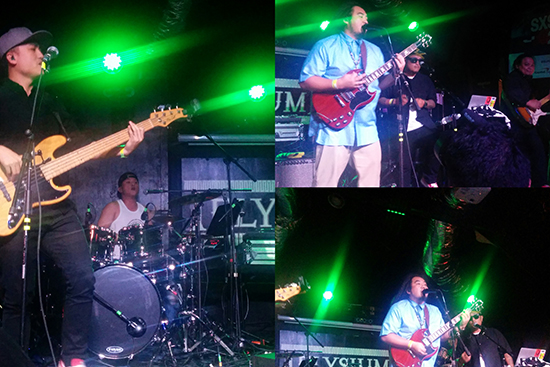 I’ll be honest, I’m always skeptical when anyone not from Jamaica purports to be a Rasta and plays the gospel therein. I’m wary of people wrapping the genre and everything it stands for around themselves as an excuse to smoke weed around the clock and spout off about how Bob Marley is God (no matter how true the assertion is). So when this band comes on stage, admittedly I’m already expecting much of the same. (No, it’s not fair. Yes, I’m working on it.)

However, as was already quickly becoming a theme for me for the ten days I was in Austin, I am pleasantly surprised that Matzka isn’t just a caricature of the sacred music. They aren’t just mimicking the raw intensity of Bob Marley and claiming to really know what reggae’s all about. What blasts through the monitors and bounces off the club’s walls is honest-to-God ska, straight from the soul. No posturing or pretending. This is a band whose very spirit, soul lingers at the church of Desmond Dekker.

They’re authenticity is probably helped by the diversity in the band’s lineup—the lead singer and guitarist for whom the band is named being Aboriginal himself. There’s warmth, a felling of community and welcome comfort in his presence. There’s nothing of the feigned bravado that can come with a name that’s been deemed legendary. Each song the band performs is a tribute, a love note to the genre that feeds them. Their energy is contagious but at the same time soothing. I feel myself swaying as if in the island breeze, becoming one with the music and its ethereal vibe.

Those vibes carried over to the next band, a group of musicians that completely stole my heart like no other that night. 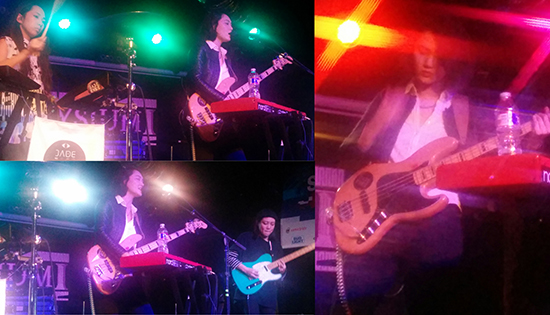 There’s nothing I can really say that would describe my emotions the moment lead vocal and bassist Ling-Ching started to sing. The very second the music begins to crawl from the speakers, I am transported to another dimension. Eupohria the likes of which only a good high can produce washes over me, and my soul is lifted to new heights and planes.

Effortlessly sexy and unconscionably smooth, these three ladies are undeniably students of smooth jazz and R&B. The music is smoky. Simple. Lush and full in sound yet understated. There’s a coolness in their demeanor that’s not feigned or exaggerated. Ling-Ching is sex on legs yet is the epitome of class. Lead guitarist I-Shaun is subdued, but her aura LOUD! Percussionist Yu-Shin is precise. One can tell she takes her role as the foundation of the group’s sound to heart, quite literally providing the band’s pulse. Their brand of house is deep, soulful like Jazzanova but tart-sweet like Bitter:Sweet. Ling-Ching has a voice like Shana Halligan, whispery but powerful like Clara Hill. Each song touches a part deep inside me that resonates with echoes of the first time I ever listened to Jazzanova or Bitter:Sweet—automatic emotional meltdown, a complete destruction of any walls I’d ever put up regarding the genre.

Unfortunately, the crammed schedule of SXSW being as it is, we couldn’t stay for the entirety of the showcase, which is really a shame. There were a couple more acts that night that I’m sure would’ve completely restructured my soul just as the three I’d seen had.

However, the three bands I did see were a revelation. This was pure music, taken from the soul, from the ground to the heavens. With the Taiwan Beats showcase, I officially reconnected with the anticipation and excitement I’d had for months leading up to the festival. This was truly a phenomenal start to my 2017 SXSW Experience.