Can we just all appreciate exactly what Wes Craven, the godfather of teen slasher horror, and the film’s creator Kevin Williamson accomplished with this movie, please? It was sheer genius from the poster with Drew Barrymore to the film’s culmination. The beginning of another popular and overworked trend in Hollywood–the horror parody. Though not as blatant as its subsequent descendants like Scary Movie (which the Scream franchise even jump-started with reference to their own schlock horror film Stab) it took someone like the legendary Wes Craven to find ways to poke fun at and holes into a subgenre he essentially created to make something as funny as it was truly horrifying. The opening sequence alone set viewers up for a film that in the same breath as it revels in cliché delivers something they wouldn’t expect. 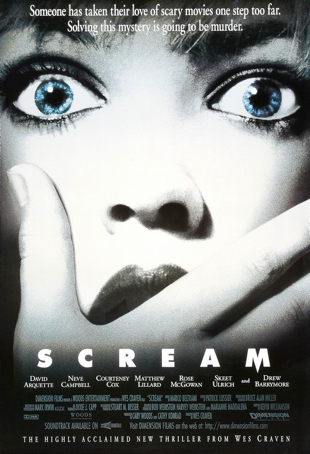 Two words: Christopher Walken! That would literally be everything you need to know about this film to want to watch it. If it weren’t for just how beautifully shot and executed it was that would be impetus enough. But The Prophecy is truly a fantastic film that manages to make you question the validity of human existence. Funny how so many films pose this existential dilemma as the basis of its horror. The souls of humans are up for grabs here, and the power of that thought alone was enough to keep me both intrigued and freaked out until the film’s end.

Again, not exactly horror, but this film gave me nightmares as a child. What I’ve come to realize about cartoons is they’re not exactly made for children, especially those predating the 1990s. They’re films and stories created through the eyes of a child, and through the eyes of a child even the most deplorable aspects of humanity are painted in Technicolor and wrapped in sing-alongs. However, that’s what makes it so petrifying. What children see as playful is oftentimes horrific in the adult world. What Pinocchio does that very few other children’s films do, however, is show the repercussions of allowing delusions of endless guilt-free frivolity run your life. Throughout Pinocchio’s journey to becoming a real boy he suffers more pain, shock, and fear than many adults. The scene in Pleasure Island sealed the deal and plagued me with nightmares for a couple days after watching it.

83. Children of the Corn

Any film in which a children are both organized and highly religious is cause for some level of terror. And while in the end Children of the Corn was just a bit too hilarious to be scary for me, the diner scene, in which we see just how organized these children are, and the interactions between Isaac (played with frightening maturity by a young John Franklin) and Malachai (played with even more freakish severity by Courtney Gains) are absolutely chilling. As of late it’s become difficult to translate the brilliant story telling of Stephen King to well-executed films; however, Children of the Corn managed to maintain the plot and story while casting brought the film to some freakish heights. 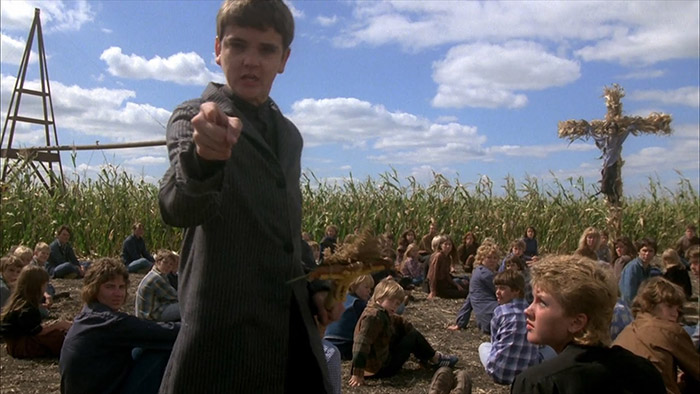 Oh. My. F*ck! Ito Junji… why? That’s what I said when I first read this horror manga. Ito Junji is the absolute master of horror writing in Japan as far as I’m concerned. His work is freaky, complex, at times confusing, but in all aspects so terrifying that I can’t quit him. Uzumaki damaged me and left me speechless for about a week after I read it. Obviously seeing the film adaptation didn’t help. To be able to capture the grotesque nature of the source material as closely as this film did was a feat in and of itself. That anyone would even try speaks to just how fearless Japanese filmmakers really are. Anyone who can recreate people literally turning into snails before your eyes or a man turning himself into an actual spiral deserves a place on any horror film list. Because, again, WHY?! 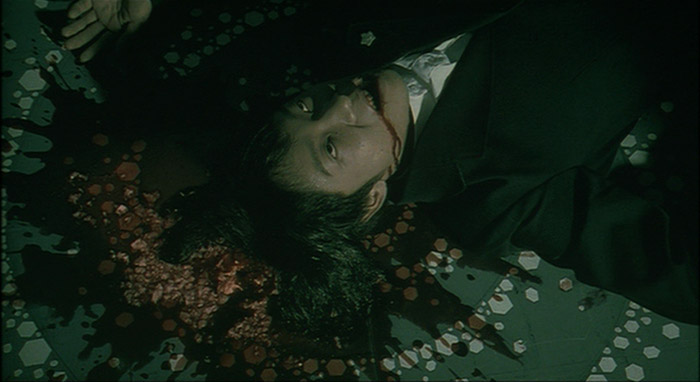 This is the third on my list so far that’s not strictly horror but damn sure had me freaked out the first time I saw it as a child. The work on this film was so stellar, so absolutely brilliant any film that’s attempted it since has paled in comparison. What I love about this film, something Steven Spielberg said when they were creating it, was that they didn’t set out to make fake dinosaurs. They wanted these dinos to be real. Though there are murmurs about how unrealistic the actual physicality and even species of some of the dinosaurs actually is, the fact of the matter is when you sat in that theater, the lights low, and nothing between you and what’s happening on the screen but a few seats, you thought it was real. You felt the weight of fear on your chest as you realized that it’s not at all impossible for something like this to happen. Man and his desire to control what shouldn’t be controlled, nature in and of itself, allows for scenarios like what we see in Jurassic Park. As Dr. Malcolm (played by the always profound Jeff Goldblum) says, we get so caught up in what we can do we never stop to think if we should. Though seeing a Tyrannosaurus Rex actually eat another human being, then turn her sights on you (and you know the females are always the most ruthless in nature) is certainly frightening, the potential for what man’s urge to always play God could create is almost more terrifying than the actual result.