The Eye was the first horror film from Hong Kong, definitely the first Hong Kong-Singapore crossover film I’d ever seen. I also believe it may have been the first movie I saw that made use of the idea of an accident making you see things that most people just shouldn’t see–namely the dead. This is another one I watched alone with my headphones on. (I’m full of good ideas like that.) The paranoia after watching this movie didn’t leave my back for about week after watching it. A movie predicated on the notion of being able to see beyond what’s really there is actually quite frightening. I mean, if someone living–you, me, anyone–can see ghosts roaming the planet… I mean, okay, a bit disconcerting to say the least. But you deal. However, you have to think about something else–the dead can also see you. With that knowledge and your ability to actually feel their gazes on you, things become a little more psychologically complex.

Again, I just need to say Hitchcock’s name, and all the superlatives that come with his legacy pretty much establish themselves. However, I’m pretty sure this is the first time I’d seen a film in which I had friends who were absolutely terrified of birds because of it. Most of the kids in my middle school weren’t watching older films, certainly not older horror films. So imagine my surprise when we’re on a field trip and a flock of birds fly a wee bit too low and my friend ducks for cover, chanting, “The birds! The birds!” And that’s the power of this film. What better way to strike fear in the hearts of humans, beings who believe they’re of a superior intelligence, than for them to be preyed upon by a very organized murder of crows (yeah… when a whole bunch of crows is actually called a murder, you should probably take cover).

Okay, Japan. You can calm the hell down now. As I’ve said already, when Japan does horror they do it in a way that no one else could possibly conceive. In this John Waters-esque piece of cinema, we see a man’s life disintegrate before our eyes as his entire body is consumed with, you guessed it, bits of metal. Not bits, really. Entire sections of machinery sprout from this poor salaryman’s flesh. Of course, if you knew the reasons why, you may say he might have deserved it. The Iron Man spawned an entire series of Tetsuo movies, but this one definitely set the tone, and thus was the most genuinely creepy, bizarre, and terrifying of the lot. There were times watching this when I was smiling at how crazy it was, then in the next second grimacing. It got to the point that I wasn’t sure which one I was doing half the time. Brilliant film! 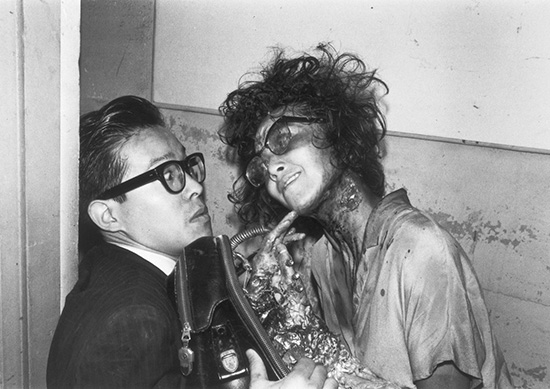 I can’t help it. I love a good ghost story. And the twist that comes at the end of The Others had me yelling, “No!” at the screen (well, whispering. I was in a theater after all). Alejandro Amenábar did a fantastic job creating a palette of fear. All one really needs is a huge house and a mysterious disease in which the children can’t have direct contact with any sunlight whatsoever. Set up a reason for everything to be cast in shadows and heavy blankets of darkness, and your movie is already set thick with an ominous atmosphere. Really one of the more unique ghost stories I’ve ever seen.

Damn, do I ever fall for a horror that makes me question reality! I decided to rent Jacob’s Ladder back in college because I’d heard about how truly terrifying it was and had actually seen the iconic club scene where Elizabeth Peña is dancing like a sex demon… then literally turns into a demon. I actually saw Hellraiser after this film, so I can safely say I was at least somewhat prepared for the madness in that movie, especially since that one was very overt. There’s a subtlety to Jacob’s Ladder, a hint of something that slithers into the brain and causes you to to question every single motion, sound, and smell until your senses become muddled and you’re not quite sure if you’re awake or living in an actual nightmare. 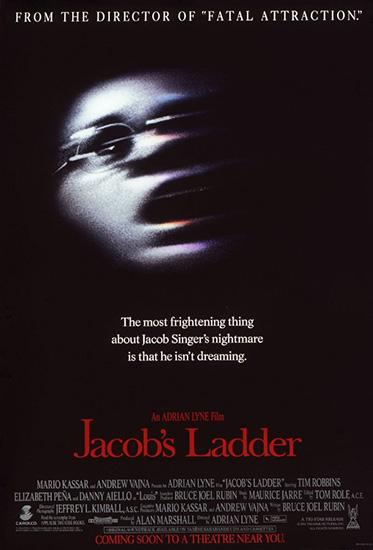